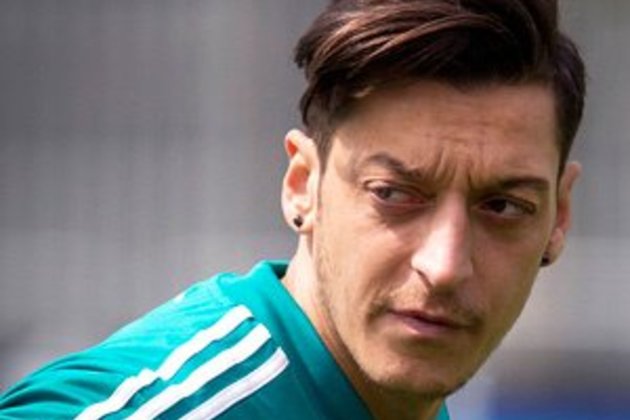 "Things panned out badly and I am very sorry about that," said Bierhoff in an interview published on Wednesday on the website of the German weekly newspaper .

In the build-up to the tournament, the Arsenal midfielder was heavily criticised for appearing in a photograph alongside Turkish president Recep Tayyip Erdogan.

A German of Turkish descent, Ozil's place in the team was the subject of fierce debate during the tournament, after which he penned an explosive resignation letter accusing the German football federation (DFB) and its president Reinhard Grindel of structural racism.

"To Grindel and his followers, I am a German when we win and a migrant when we lose," wrote Ozil.

Technical director Bierhoff was widely criticised for giving an interview shortly after the tournament in which he implied that Ozil should have been dropped from the team.

In an interview with this week's edition of Die Zeit, Bierhoff admitted that he had slipped up.

"A lot of mistakes were made, including by me," he said.

"In the end, nobody came out of it looking good."

Bierhoff said he regretted that Ozil had not agreed to a clear-the-air meeting in the wake of his resignation.

He also admitted the decision to leave Manchester City star Leroy Sane out of the World Cup squad had been an error.

"We wanted to make a statement to the players who we had picked, to give them energy and strengthen the cohesion of the group," he said.

"We perhaps underestimated how much talk would be about the dropped player," he went on, adding that he and coach Joachim Loew had "misjudged the group dynamic within the squad".

Bierhoff's comments come just a week after Grindel, the DFB president whom Ozil had accused of racism, was forced to step down over his acceptance of a luxury watch.

Yet the former AC Milan striker said that he had no intention of entering the running to succeed Grindel as president.

"I have a wonderful and exciting job which I see as a huge challenge," he said.