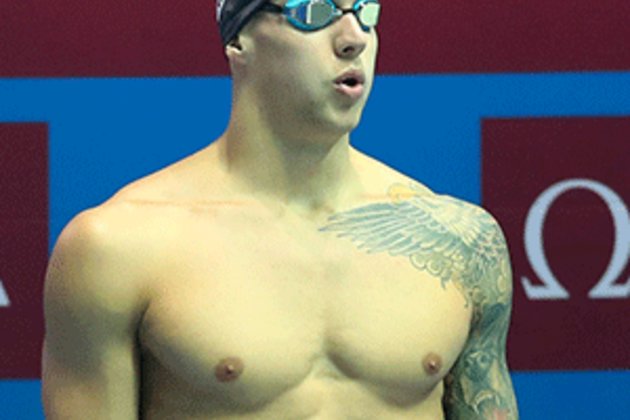 Hot on the heels of Britain's stunning 4x100 metres medley gold, there were no such mistakes from the United States women's team, who obliterated their own world record to close out a controversial week in Gwangju in flamboyant style.

"I don't think there will ever be an instance where I get two silvers and six golds and be upset," said Dressel.

"It's a very tough week - part of me is very happy, part of me wants to cry that I'm done with it," added the 22-year-old, who swept to seven gold medals at the 2017 world championships in Budapest.

"I've got pimples on my face from the stress of the meet, I'm losing some hair."

Dressel, swimming's chiselled, tattooed pin-up, has lit up a meet plagued by doping protests and mud-slinging and would have expected to pocket a seventh gold medal after giving teammate Nathan Adrian a lead of half a body length with the fastest butterfly split ever on the third leg.

But Scott, who sparked angry scenes with his podium snub of Chinese giant Sun Yang last week, exploded from the blocks to smash the anchor leg, hunting down Adrian as he fired off a sensational 46.14 to give the Brits a famous gold - and a third of the week for Adam Peaty.

"I can't say I thought I had that split in me," grinned Scott. "I'm sort of speechless I've been able to put that race together.

"The boys put me in position and I just used adrenaline to come home. It was great to dethrone the Americans - I've got to put that down as my best swim."

Simone Manuel romped to victory in the 50m freestyle before returning to anchor the American women to a world best of 3:50.40 in the 4x100m medley -- boosted by a backstroke world record of 57.57 from teenage lead-off swimmer Regan Smith.

"To start off with a world record from Regan really pumped us all up," said Manuel.

"We definitely wanted to finish off the meet on a good note."

Olympic champion Katinka Hosszu got it done yet again, Hungary's "iron lady" sweeping to gold in the women's 400m individual medley to become the first female swimmer to win five world titles in a single event.

"We Hungarians like it when everyone is bleeding and we have to go into war," said Hosszu, who threw up after the final.

Dressel's exploits in Gwangju have been largely overshadowed by a doping row and protests by athletes targeting Sun after a leaked FINA doping panel report alleged China's triple Olympic champion had allowed vials of blood to be smashed after being visited by testers last year.

Australia's Mack Horton and Scott both refused to shake Sun's hand after losing to the hulking Chinese swimmer, triggering a furious reaction from Sun.

Sun, who retained his 200 and 400m world titles in Korea, denies doping and insisted he was "protecting each and every athlete" by refusing to let what he called "unlicensed" testers take his blood.

Following Horton's protest, Australian officials announced at the weekend that relay star Shayna Jack had tested positive for a banned substance before the championships.

That came after the shocking news that two people had died and several athletes had been injured when a balcony collapsed inside a local nightclub.