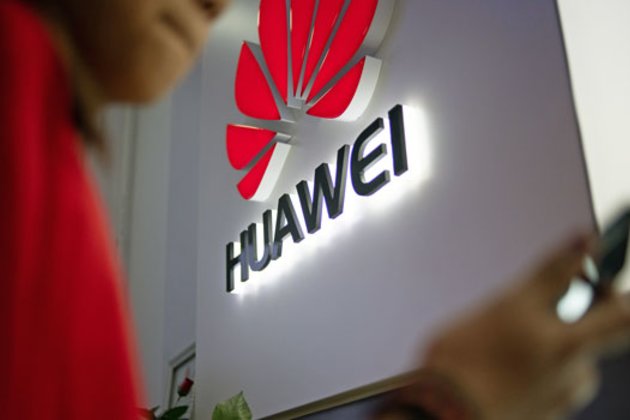 U.S. suspicions of China's telecom giant Huawei Technologies Co. Ltd. have given rise to a regulatory web that could be hard to unravel as the two countries seek a solution to their standoff over tariffs and trade.

After months of concern that Huawei gear could be used as a conduit for cyberspying, the Commerce Department added the company to its "entity list," effectively banning most U.S. exports and transfers to the company and 68 foreign affiliates as of May 16.

The listing came five months after Canada's detention of Huawei chief financial officer Meng Wanzhou pursuant to a U.S. request in a case involving alleged violations of sanctions on Iran.

The U.S. indictment in the Iran case was specifically cited in the Federal Register notice of the Commerce Department's regulatory action, although the language supporting the decision suggested broad security concerns.

"The U.S. government has determined that there is reasonable cause to believe that Huawei has been involved in activities contrary to the national security or foreign policy interests of the United States," it said.

Technically, the Commerce Department rules require an individual validated license for all regulated U.S. exports to Huawei with a "presumption of denial." In other words, exporters must apply for a license with little chance of success.

The export restrictions added to a buildup of conflicts over Huawei and its rapid growth in global smartphone and communications markets.

Those concerns remain unresolved despite President Donald Trump's suggestion that some limits on exports could be lifted in exchange for China's purchases of U.S. farm products following a meeting with President Xi Jinping in Osaka, Japan, on June 29.

A round of high-level talks in Shanghai on July 30-31 yielded no breakthroughs, leaving the export ban in place.

Last Thursday, Trump announced a decision to slap a 10-percent tariff on U.S. $300 billion (2 trillion yuan) of imports from China starting Sept. 1, charging that Beijing had not lived up to its pledge to buy more American farm goods.

The new tariffs may dim hopes for reduced restrictions on Huawei, at least for now.

Two days before the tariff announcement, U.S. Commerce Secretary Wilbur Ross told Reuters that he expected decisions on some exports to Huawei this week.

'Offer evidence to prove it'

In February, the directors of six U.S. intelligence agencies warned a Senate committee against allowing the use of Huawei equipment, citing "the capacity to maliciously modify or steal information," CNBC reported.

Huawei officials have strongly denied the existence of backdoor channels to the Chinese government. The concern is particularly pressing in light of Huawei's development of high-speed 5G networks with products on the markets of U.S. trading partners and allies.

"If they believe there's a backdoor, they should offer evidence to prove it," said company chairman Liang Hua, The Wall Street Journal reported.

But exports to Huawei have been opposed by some of Trump's staunchest allies.

"Huawei is not only an arm of the Chinese Communist Party, but also a close partner of the People's Liberation Army," Republican Senator Tom Cotton of Arkansas tweeted in June, according to The Hill.

The Commerce Department action came one day after President Donald Trump issued a broad executive order under emergency powers to bar any transaction that "poses an undue risk of sabotage or subversion of ... communications technology or services in the United States."

Concerns about the impact on business have been raised on both sides.

American suppliers were the second-largest source of components for Huawei products after Chinese firms last year, accounting for U.S. $11 billion (75.8 billion yuan) out of U.S. $70 billion (482.5 billion yuan) in purchases, according to the company.

U.S. firms won some temporary relief from the Commerce cutoff with a "savings clause" that allowed transfers for existing Huawei networks and equipment under general license for a 90-day period, ending Aug. 19.

On July 22, Trump met with U.S. high-tech leaders at the White House and heard their case for continuing exports to Huawei, but they received a commitment only to "timely licensing decisions," The New York Times said.

Any new sales that are approved might be of limited value, since they are expected to cover only older technologies that are available from foreign suppliers.

The meeting of U.S. and Chinese negotiators in Shanghai yielded no clues as to whether the Huawei issues had been planned to be settled as part of an agricultural package, or held for inclusion in an overall trade deal, or treated as stand-alone disagreements, or perhaps not settled at all.

China's reactions to the Huawei controversy have ranged from outrage to accommodation.

In December, the editor of the Communist Party-affiliated Global Times called Meng's arrest a "declaration of war" against China.

But in February, a company spokesman said Huawei was willing to support stricter security measures, including a "no-spy pledge," The Wall Street Journal reported. U.S. critics are unlikely to be persuaded by such promises, while their suspicions would be hard to disprove.

Despite efforts to resolve the Huawei disputes, the security concerns have only grown more complex.

On June 21, a week before the Osaka meeting, the Commerce Department announced it would add four more Chinese tech companies and an institute to the entity list, citing activities ranging from chip design to nuclear development.

Given the number of concerns and the complexity of security measures, the prospects for solutions and de-escalation are unclear.

But William Reinsch, a former Commerce undersecretary and now a senior associate at the Center for Strategic and International Studies in Washington, suggested there could be a way forward for U.S. sales to Huawei despite its inclusion on the entity list.

"All placement on the entity list means procedurally is that an individual license is required for any exports. The government is always in a position to say 'yes' case by case," he said.

On July 3, the Commerce Department confirmed to Reuters that it was reviewing license requests from U.S. companies for exports to Huawei "under the highest national security scrutiny."

Reinsch declined to discuss previous examples of approvals for exports to companies on the list, citing the confidentiality of licensing decisions, but he indicated that there have been precedents.

A broader break for Huawei seems unlikely without a lengthy review. Removal from the entity list requires a unanimous vote by the Commerce, State, Defense, Energy Departments and, where appropriate, the Treasury Department, the Federal Register notice said.

While resolving the Huawei issues is important to both sides, it is unclear how critical it may be to a comprehensive bilateral agreement.

"Trump has certainly signaled a willingness to consider doing something on it, presumably as part of a larger deal, and China seems to be insisting on it, so it sounds like both sides view it as either important or as providing leverage," Reinsch said in email comments before the Shanghai talks.

But including Huawei in a deal with other issues such as agricultural exports could raise a new set of objections.

"If it is a national security issue, it should not be a trade bargaining chip," Reinsch said.

Much of the complexity stems from the fact that the conflict over Huawei has grown from a single issue into several, including the Iran sanctions case, the entity list decision, U.S. export licensing and cyberspying risks.

Taken together, the Huawei concerns are only part of a long list of issues that may be resolved with a larger trade deal. But the results of the Shanghai talks suggest that most of the Huawei disputes will have to be settled on their own.