Steyn to reassess his cricket future after T20 World Cup 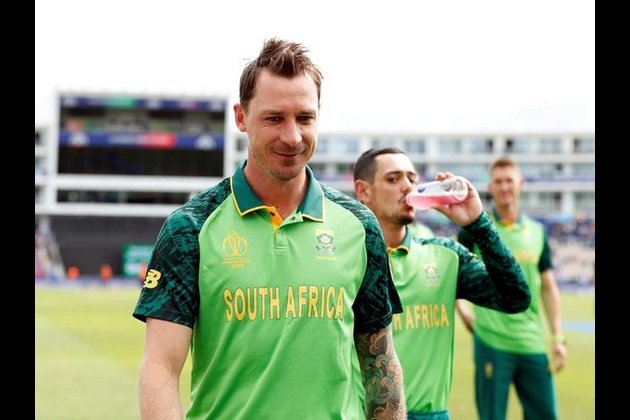 London [UK], Feb 12 (ANI): South Africa pacer Dale Steyn has revealed that he would be reassessing his international cricket future after the conclusion of the Men's T20 World Cup later this year.

The pacer has already retired from the longest format of the game and has not represented the international side for the past 11 months. However, he would make his presence felt as he has been named in the Proteas squad for the upcoming T20I series against England.

The Men's T20 World Cup will be played successively in two years as the tournament is scheduled for both 2020 and 2021.

"Is there another T20 World Cup? Next year? Wow, that's short-lived. So if we win it, we only win for a year. This one would be a nice one to go to and then finish off and reassess after the end of this year and then I will kind of figure out what I want to do," ESPN Cricinfo quoted Steyn as saying.

36-year-old Steyn also said that he cannot wait to get on the cricket pitch to represent South Africa, after missing out on international action for almost a year.

"I love playing cricket. I wake up every day and I can't see myself doing anything else right now. I am just putting my hand up and saying I'm available, pick me, don't pick me and then we'll see how it goes to the World Cup," Steyn said.

"As long as that drive is there to still play at the highest level, and get batters out and fox them and outsmart them and all that kind of stuff, if I can do that, I am going to continue to do that. And then once I can't do that anymore, well once I decide that I don't want to do it anymore, then I'll be done," he added.

The pacer has been in good form in domestic cricket competitions such as Big Bash League and Mzansi Super League. He also finished as the third highest wicket-taker in the MSL.

Steyn will next be seen in action against England in a three-match T20I series. The first match will be played later today. (ANI)