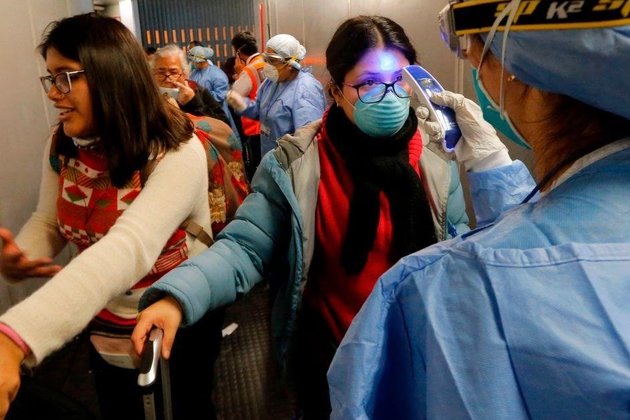 While most countries across the globe remain on coronavirus alert, there is simply nothing that can be done to facilitate the return of more than 100 South African healthcare workers to Saudi Arabia.

This according to the Saudi embassy, which said the kingdom was doing this in the interest of its own citizens.

The 100-plus workers, who found themselves stuck in South Africa when President Cyril Ramaphosa implemented a national lockdown on 26 March, had been hoping to find a way back to their families and jobs in the Middle East.

They have written a letter to Ramaphosa asking for his intervention to leave South Africa and for permission to enter Saudi Arabia, which is also under lockdown.

Several countries have put in place travel bans, ordering citizens to stay indoors and cutting economic activity in a bid to slow the spread of the deadly Covid-19 pandemic, which has killed hundreds of thousands and infected more than three million people worldwide.

In South Africa, there have been 7 808 positive cases, while 153 people have died from it.

The expatriates, in a letter to Ramaphosa, "beseech" him for permission for a safe passage back to the Middle East.

"We were on annual leave in South Africa when the Covid-19 crisis hit and our flights scheduled to return to KSA [Kingdom of Saudi Arabia] was abruptly cancelled.

READ | Covid-19: Infections could rise by 10% per day after lockdown lifts - top scientist

"We have since been stranded here with no income," they wrote in the letter.

The issues listed in the letter, which News24 has seen, include concerns over Saudi Arabia's "no work no pay" policy, fears of financial repercussions, not being able to financially support their families in both Saudi Arabia and South Africa as well as the "intense emotional hardships" being experienced as a result of being far from home.

Ramaphosa's spokesperson, Khusela Diko, said the Department of International Relations and Cooperation (Dirco) was responsible for such matters, as it dealt with issues relating to the repatriation and evacuation of citizens.

Marlene Pennells, one of the healthcare workers desperate to return to their families and their jobs, told News24 Dirco said they should seek help from the Saudi Embassy in South Africa.

Bassam Bin-Ahmed, a media official at the embassy, told News24 nothing could be done to assist their return to the middle eastern country at the moment.

"For now, there is nothing we can do. The kingdom wants to protect its citizens. If there is an update, we will post it [on] our website or share it with the media," said Bin-Ahmed.

He added Saudi Arabia, like South Africa, was willing, through the respective embassies, to facilitate for the evacuation or repatriation of citizens but could not prioritise the needs of non-citizens trying to make their way back into their country.

"I feel sorry for our friends in South Africa but for now, there is really nothing we can do.

"[It is] not only in Saudi, the entire world. All countries have been hard hit by the coronavirus," said Bin-Ahmed.

Pennells, who became teary while discussing the past seven weeks she had spent in a cottage with her mother, questioned why they could not get any assistance.

She said hundreds across South Africa were willing to travel to Johannesburg to catch a flight to Jeddah, adding they knew a flight was due to land from the Middle East on Thursday.

Pennells, who intended to stay in the country for a brief period, said she was back to finalise her divorce but got stuck due to the lockdown.

"My three girls are there alone; I came here to lodge documents and then fly back. My children are not minors but they don't work, there is no one to support them," she added through tears.

Pennells said attempts to get Dirco to assist have not yielded any positive results, as it told the healthcare workers it was only dealing with the repatriation of South African citizens and would not be able to assist them, referring them to the Saudi Embassy.

'I am so desperate'

"I am so desperate to see my kids and get back to work. I'll try all options at the moment and to help all my fellow South Africans in the same situation."

She has been reaching out to several offices, since the start of April, with none willing to assist.

"At present there is no way of returning to Jeddah before the lockdown ends in South Africa, additionally the Saudis have also prohibited all flights into and out of the country," read one response from Dirco.

Pennells was told even if South Africa's lockdown was to end, she would not be able to get to Jeddah until flights resumed on their side.

Sounding, somewhat defeated, she told News24 while they worked abroad, they supported families and contributed to the South African economy and begged the president to start talks with the Saudis to allow them safe travel.

"We need our government to help us."

Comment from Dirco was not immediately available at the time of publishing and will be added once received.