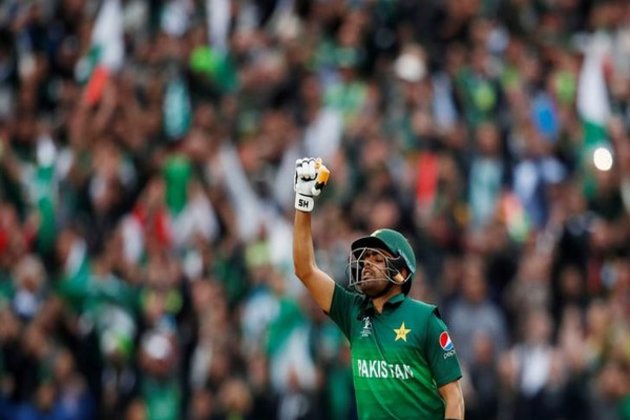 Last week Azam was named as Pakistan ODI captain by the Cricket Board. The right-handed Azam, who has been one of the world's leading batsmen across formats over the last year, replaced Sarfaraz Ahmed as the skipper.

"I would like to go with what I have learnt that is attacking. So, I would like to follow Imran Khan style of captaincy. As captain, you have to learn to be cool. You have to take players with you as well as planning with them against other teams," ESPNcricinfo quoted Azam as saying.

"There are instances when you get angry inside but then you have to contain yourself and must have to control your aggression in the field. The confidence is the key and the more you back your players, they will give their best," he added.

Azam who made his T20I debut in September 2016 is currently the number one ranked cricketer in the shortest format of the game. In ODIs, Azam is at the third spot only after Indian skipper Virat Kohli and Rohit Sharma.

The 25-year-old cricketer said he was ready for the 'challenging role'.

"It's a challenge and you always have to get ready to take up the challenge. When Wasim Khan (PCB CEO) called me first about handing me the captaincy, it naturally made me happy. It was written in my destiny and it did come to me," said Azam.

"You can't complain that you got it early or it's a big responsibility. If they (PCB) invested their trust in me, obviously they thought it through and saw potential in me and I am ready for this," he added.

Azam made his One Day International debut against Zimbabwe in 2015 while his Test debut came in 2016 against West Indies.