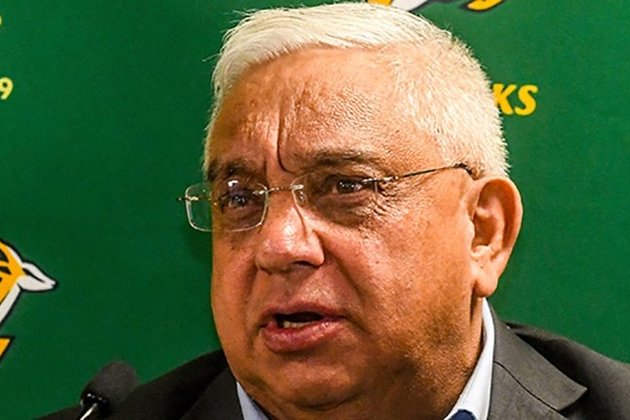 reported on Sunday that the move was imminent and the governing body on Monday confirmed as much in a press statement.

In the release, SA Rugby says .

It added that all Kings staff and players of the franchise have been retained.

"I cannot stress enough how reluctant we are to resume control of the Southern Kings," SA Rugby president Mark Alexander commented.

"It is our last resort and we are keen to explore ways to return the shareholding to another's hands, in conjunction with the EPRU, the minority shareholder, who have given the required approval to the decision.

"The next step is to appoint a new board to oversee the franchise's affairs and ensure the team is match ready for when we are able to resume playing."

A finance team appointed by SA Rugby will work with franchise administrators on ensuring salary payments are made and business needs are addressed.

Alexander said the decision to take interim management control was taken following the failure of the Greatest Rugby Company in the Whole Wide World (GRC) to meet its financial commitments relating to the acquisition of the shareholding.

The Southern Kings will continue to participate in PRO14 and/or any other competitions that may be established within the constraints of the Covid-19 pandemic lockdown.

"This was a decision we took with extreme reluctance and after allowing the GRC considerable lee-way in which to meet the contractual commitments they made on the acquisition of the shareholding," said Alexander.

"We appreciated the vision and intentions of the GRC but unfortunately we are operating in an unforgiving business environment."

A decision on whether an administrator needed to be additionally appointed would be taken in the coming days.

November 2010: SA Rugby announces intention to field the Southern Kings in Super Rugby in 2013.February 2013: Kings compete in the Super Rugby competition as one of five South African teams.August 2013: Kings lose place in Super Rugby in a two-legged play off against the Lions.November 2015: SA Rugby takes control of the franchise when EPRU, to whom the operation of the franchise had been granted, ran into financial trouble.February 2016: Kings return to Super Rugby when the competition expands to 18 teams.April 2017: SANZAAR announces that Super Rugby will contract from 18 teams to 15 teams in 2018.September 2017: The Kings (and Cheetahs) are included as South Africa's ground-breaking representatives in the PRO14 competition.January 2019: GRC acquires 74% shareholding in the franchise; EPRU retain a 26% shareholding.June 2020: SA Rugby resumes control of the Southern Kings following the failure of GRC to meet contractual commitments.