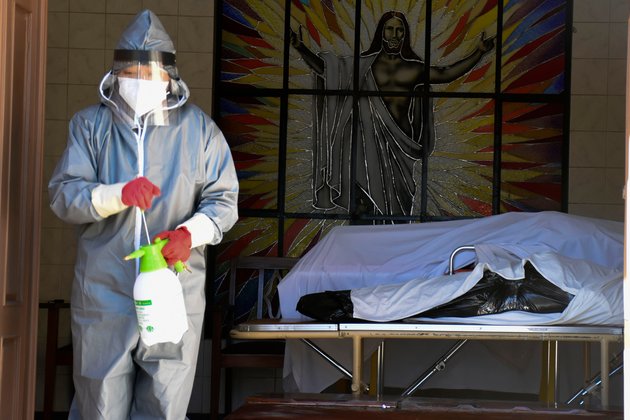 NEW YORK - The United Nations raised its appeal Friday to combat the health and economic impacts of COVID-19 in some of the world's most vulnerable countries to $10.3 billion, warning that inaction now could cost countless lives and trillions of dollars later.

"Unless we act now, we should be prepared for a series of human tragedies more brutal and destructive than any direct health impacts of the virus," U.N. humanitarian chief Mark Lowcock told reporters.

In late March, the U.N. initially appealed for $2 billion for about 40 countries to cope with COVID-19, the disease caused by the new coronavirus. As the virus continued to spread, it raised that request in May to $6.7 billion. Only $1.64 billion of those funds have been received.

Friday's revised appeal aims to help 250 million people in 63 countries primarily in Africa, the Middle East and Latin America. Of the more than 13.6 million cases of COVID-19 worldwide, about a third are in the countries the U.N. seeks to assist. Among them, Latin America is the hardest-hit region.

The $10.3 billion would be allocated among 10 U.N. agencies - including the World Health Organization (WHO), which is leading the world body's COVID-19 response - several NGOs, and the International Red Cross and Red Crescent Movement.

Wealthier countries have responded domestically to the economic crisis precipitated by the virus with more than $11 trillion in stimulus packages - about 10% of the world's GDP.

"We estimate the cost of protecting the poorest 10% of the global population from the worst effects of pandemic and global recession is $90 billion - that's less than 1% of stimulus packages wealthy countries have put in place to protect the global economy," Lowcock said.

He said acting now would save money and lives in the long term.

Without the funds to contain the virus, the U.N. warns up to 640 million people could become infected, and 1.67 million could die in the world's most vulnerable populations.

Another 1.7 million people could die from treatable diseases, including HIV, tuberculosis and malaria, from disruptions to health services and resources diverted to COVID-19.

On the economic side, the International Monetary Fund forecasts that the global GDP will contract by 4.9% in 2020, and projects a lengthy and uneven recovery, which could be further impacted by a second wave of infections.

Development gains of the past five years are also at risk, and 500 million more people could fall into poverty as remittances dry up, unemployment grows and many jobs risk permanently being erased.

The appeal includes $500 million for famine prevention, as lockdowns have disrupted agriculture in some countries and unemployment has soared.

"Jobs have been destroyed, livelihoods have been ruined, and people already only one day's work away from hunger no longer have money left to buy their daily bread," said David Beasley, head of the World Food Program. "Unless we act fast and act effectively, millions of people will die."