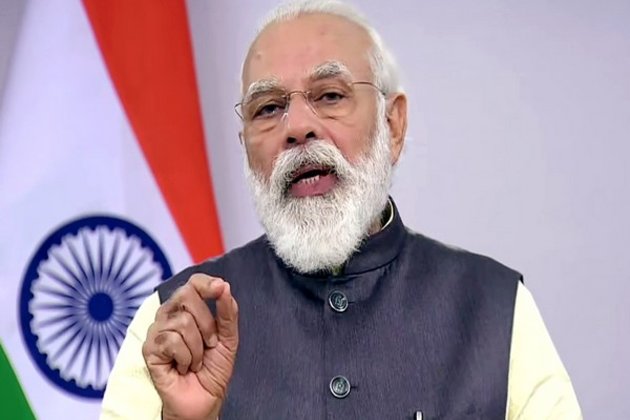 Vajpayee was the Prime Minister when the Indian armed forces defeated Pakistan in Kargil war.

A part of Vajpayee's Independence Day speech was played, on the 67th edition of 'Mann Ki Baat', in which he said that the Kargil War has given us another mantra.

"Mahatma Gandhi had given us a mantra that if anyone has ever any dilemma about what to do and what not to do then he should think of the poorest and helpless person in India. He should think whether his actions will benefit that person or not," Vajpayee had said in 1999 Independence Day speech, days after the Kargil war victory.

"Kargil war has given us another mantra. This mantra was that before taking any important decision we should think about whether the action will honour that soldier who sacrificed his life in those insurmountable mountains," he said.

After the audio clip was played, Prime Minister Modi said that people should not forget that our words and actions deeply impacts the morale of soldiers and their families.

"Whatever we speak or do during times of war, it deeply impacts the morale of soldiers and their families. We should never forget this fact. That is why our conduct, behaviour, aim, words should boost the morale and honour of our soldiers," the Prime Minister said.

"Sometimes without understanding this, we encourage such things on social media which harm the country. Many times we keep forwarding out of curiosity even when we know it is not right but we keep doing it. These days, wars are not only fought on borders, but also within the country on multiple fronts simultaneously and every citizen has to decide his role in it. We also have to decide our role keeping in mind the soldiers fighting in tough conditions on the border," he said.

Prime Minister Modi criticised Pakistan and said it undertook the misadventure with sinister plans to capture India's land and to divert its ongoing internal conflicts.

He said Pakistan tried to backstab in response to India's friendly endeavours.

"Today is Kargil Vijay Diwas. 21 years ago, on this day our Army won the Kargil war. India can never forget circumstances under which the war was fought. Pakistan undertook this misadventure with sinister plans to capture India's land and to divert its ongoing internal conflicts," he said.

"India was then trying to have cordial relations with Pakistan but as it is said it is the nature of wicked to have enmity with everyone for no reason. People of such nature think evil even of those who do good to them. That is why in response to India's friendly endeavours Pakistan tried to backstab. But the world witnessed the valour and strength of India's brave forces," the Prime Minister said.

"You can imagine, the enemy was perched high on the mountains while our forces were fighting them. But the high morale and true of our forces won against mountains," he added. (ANI)