Can we stand the rain? Experts expect future jobs data to worsen 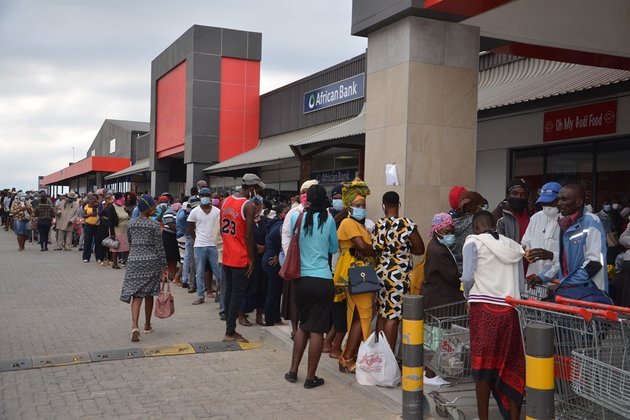 Economist Mike Schussler said the first quarter employment statistics were always likely to reflect the first signs of lacklustre employment data before Covid-19, ahead of a stormier second quarter.

"The evidence is already there that the storm has not started. The problem is the storm is that it is not the rain that is damaging us, but the wind. The wind is still coming in the second and third quarters," he added.

Old Mutual Multi-Managers investment strategist Izak Odendaal said the 43.15% average in the employment rate over the past 20 years had struggled to meet the growing demand for jobs from South Africans.

"Just as a starting point, we have actually created jobs. We just haven't created enough."

Odendaal added: "We have had robust population growth. There are people joining the labour force. This survey will show fairly steady job creation over the last five years from 8.5 million to 10 million people."

He said a significant barrier for unemployed South Africans from poor communities was the cost of looking for a job, due to apartheid's spatial planning architecture which endured to this day.

Even when young people were able to find jobs, these were jobs of a poor quality and occupants have little financial resources with which to go to work and earn compensation, Odendaal added.

He said strict labour laws designed to protect workers at the expense of the unemployed also made the unemployment challenge harder, adding while the state had well-intentioned interventions, "government cannot give jobs to everyone" and the private sector had to take the lead in such a role.

Odendaal said South Africa was similar to its middle economy peers globally but had worse-than-average job statistics for a number of reasons, including that it was expensive to look for work in this country.

"This is one of the things that makes South Africa stand out among its peers. Everything else is similar. Brazil has many of the challenges that we do in terms of education, skills and corruption.

"There is certainly something else going on. There is a lot of talk about red tape and over-regulation. We also don't create as many businesses as our peers do," he added.

Cosatu's parliamentary liaison office's Matthew Parks said underwhelming figures from the quarterly labour force survey last month was not much of a surprise and the federation expected the next quarter to be "devastating".

"The situation is much worse now because the political leadership looted, mismanaged state-owned entities and failed to make structural changes. If they invested in Eskom generation steadily from the 90s, loadshedding would not have been a problem."

He said critics of state-funded economic stimulation ignored the fact reduction of expenditure in itself would not grow the jobs.