45 Killed in Deadliest Shipwreck Off Libya's Coast This Year 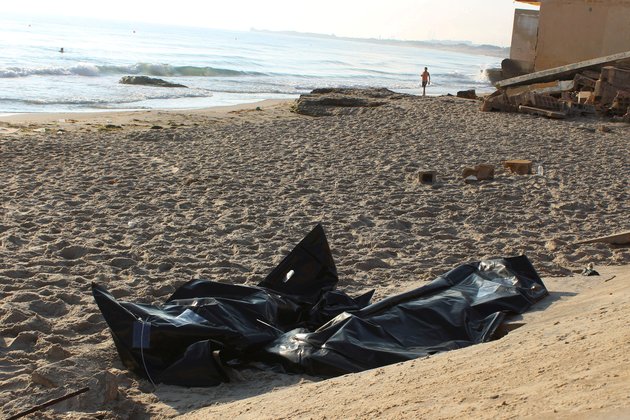 ISTANBUL - International aid organizations say 45 people, including five children, were killed in the deadliest shipwreck off Libya's coast this year.

Thirty-six survivors, mostly from Senegal, Mali, Chad and Ghana, were rescued by local fishermen after their boat's engine exploded earlier this week. They had been at sea for two days, trying to get to Europe to apply for refugee status.

Survivors are being detained in Libya with thousands of other people who unsuccessfully tried to make that journey, according to the United Nations' refugee agency, the UNHCR. Most of the victims' bodies are still missing.

"They could only rescue the people who were there alive," said Tarik Argaz, a UNHCR spokesperson, in a phone interview from Tunis. "A few bodies were washed to shore the next day."

More than 300 other people have also died attempting to make the journey across the Mediterranean this year, and officials say that estimate is probably very low. Libya is a transit point for migrants and asylum-seekers.

The UNHCR blames European countries for neither rescuing travelers from sea accidents nor allowing aid ships or commercial ships to dock legally to disembark survivors. The organization also blames Libyan authorities for detaining travelers arbitrarily, often in inhumane conditions and in danger from the ongoing war in that country. The EU, along with the Libyan coast guard and other forces in the North African countries, have worked together to slow the flow of migrants.

"We urge [European] states to swiftly respond to these incidents and systematically provide a predictable port of safety to people rescued at sea," wrote the UNHCR and the International Organization for Migration in a statement on Wednesday.

And while the COVID-19 pandemic has closed many borders and kept vast swaths of the world's population at home, families in Libya that are fleeing violence and extreme poverty are more desperate than ever, according to Argaz. The COVID-19 disease is caused by the coronavirus.

The UNHCR and the IOM say 7,000 people have been returned to Libya this year after attempting the cross. And 17,000 have made it to Italy or Malta from Libya or Tunisia, three times more than in 2019.