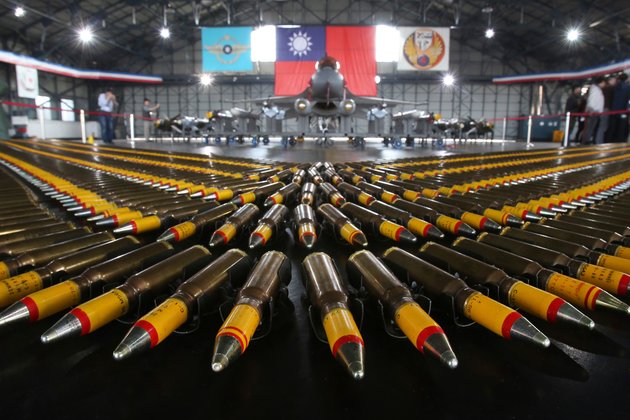 STATE DEPARTMENT - The United States is adjusting its Taiwan policy and declassifying cables on Taiwan arms sales as China ramps up pressures on Taipei.

A senior State Department official said Monday the latest U.S. moves were not a policy shift, but part of a set of "significant adjustments" within Washington's longstanding one-China policy.

"The U.S. has long had a one-China policy. This is distinct from Beijing's 'One China Principle' under which the Chinese Communist Party asserts sovereignty over Taiwan. The U.S. takes no position on sovereignty over Taiwan," said U.S. Assistant Secretary of State for East Asian and Pacific Affairs David Stilwell in his virtual remarks Monday to the Heritage Foundation.

Taiwan said it would continue to strengthen its defense capabilities, thanking the U.S. for its firm commitment to Taiwan's security. In Beijing, Chinese officials urged the U.S. to stop elevating relations with Taiwan.

The U.S. and Taiwan are starting a new bilateral economic dialogue after Taiwan announced last week plans to remove restrictions on American pork and beef imports.

The U.S. also declassified two sets of diplomatic communications called cables from 1982 on Taiwan arms sales, and on Washington's Six Assurances to Taiwan, which was seen as a loosely-kept secret. China strongly objects to the U.S. arms sale to Taiwan.

"It is important to review history like this because Beijing has a habit of distorting it," said Stilwell.

The directive of one of the cables indicates that the chief concern of the United States was maintaining peace across the Taiwan Strait. Therefore, the cable said the quantity and quality of arms provided to Taiwan would be conditioned entirely on the threat posed by China. The memo ends by offering "this final assurance: U.S. arms sales to Taiwan will continue," said American Institute in Taiwan.

Under the Six Assurances offered by former U.S. President Ronald Reagan's administration, the U.S. did not agree to prior consultation with Beijing on arms sales to Taiwan, nor did it agree to take any position regarding sovereignty over Taiwan. The U.S. also promised it will never pressure Taiwan to negotiate with Beijing.

Experts said that even though the United States is not setting new precedents in its relationship with Taiwan, the reassurances communicated by declassifying the 1982 cables seem new.

"They rarely mentioned the Six Assurances publicly," said Bonnie Glaser, director of the China Power Project at the Center for Strategic and International Studies in Washington. "So this is an effort to elevate their importance."

Glaser told VOA on Tuesday that "declassifying the Six Assurances provides an opportunity for the U.S. to highlight its commitment to Taiwan and show it is a reliable partner."

Monday, a U.S. destroyer transited through the sensitive Taiwan Strait after Beijing fired missiles into the disputed waters of the South China Sea last week.

While the U.S. navy warship was said to be on an "ordinary mission" and the situation was "normal", the transit - the second such operation in two weeks - is seen as sending messages amid rising tensions between the U.S. and China.

Taiwan, with its 23 million people, is currently the ninth largest trade partner of the U.S. In 2019, Taiwan was the seventh largest U.S. agriculture export market by value. It ranks as a top-10 market for U.S. soybeans, corn, beef, wheat, fruit, poultry, and processed foods.

Taiwan's Foreign Ministry said in a statement Monday that Taiwan will fulfill its responsibilities as a regional member, and continue to strengthen its self-defense capabilities and security partnership with the U.S. to ensure peace and stability across the Taiwan Strait.

"What the U.S. should abide by is the one-China principle and the provisions of the three China-U.S. joint communiques, instead of the Taiwan Relations Act or the Six Assurances," said Hua Chunying at a news briefing.

The U.S. sees Taiwan as part of a network of Asian democracies, calling Taiwan "a democratic success story and a force for good in the world." Informal Taiwan-U.S. ties have improved under U.S. President Donald Trump.

The United States switched diplomatic recognition from Taiwan to China in 1979, but U.S. presidents are bound by law to supply it with arms and come to its defense.