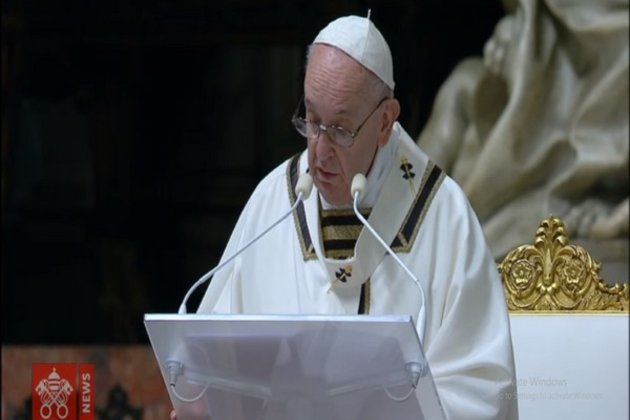 "I think often of persecuted peoples: the Rohingya, the poor Uyghurs, the Yazidi -- what ISIS did to them was truly cruel -- or Christians in Egypt and Pakistan killed by bombs that went off while they prayed in the church," Francis says in a new book, "Let Us Dream: The Path to A Better Future," published on Monday.

The Pope does not elaborate further on issues relating to Uyghurs in the book outside the brief mention, while he talks about other persecuted groups like the Rohingya in more details, CNN reported.

Human rights activists have long been urging Pope to issue his remarks on the Xinjiang issue.

In the past, Francis declined to call out China for its crackdown on religious minorities, including Catholics, much to the dismay of US President Donald Trump's administration and human rights groups.

Francis remarks have drawn sharp criticism from China, stating that his statement has "no factual basis at all".

"People of all ethnic groups enjoy the full rights of survival, development, and freedom of religious belief," Chinese foreign ministry spokesperson Zhao Lijian said at a daily news briefing in Beijing on Tuesday.

The Vatican last month renewed its controversial agreement with Beijing on nominating Catholic bishops, and Francis has been careful to not say or do anything to offend the Chinese government on the subject.

China has been condemned by countries and human rights experts over its policies in Xinjiang where a large population of Muslim minorities is detained in re-education camps.

A sizeable Muslim population in Xinjiang has been incarcerating in an expanding network of "political re-education" camps, according to US officials and UN experts.

However, China regularly denies such mistreatment and says the camps provide vocational training. People in the internment camps have said they are subjected to forced political indoctrination, torture, beatings and denial of food and medicine, besides being prohibited from practicing their religion or speaking their language. (ANI)