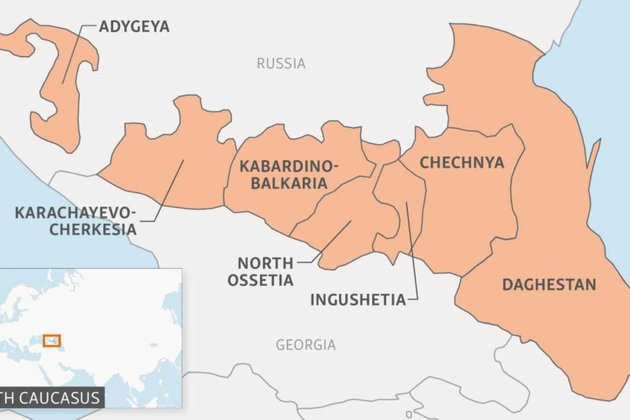 CHERKESSK, Russia -- Officials say a suicide bomber has set off a device in the North Caucasus region of Karachai-Cherkessia, killing himself and injuring six police officers.

Russia's National Anti-Terrorist Committee (NAK) said on December 11 the wounded, including the deputy chief of the regional Interior Ministry's investigative unit, Asker Abdurazakov, sustained shrapnel wounds after a man approached a police station in the village of Uchkeken and detonated a bomb at around noon local time.

Some media reports said that there were two explosions, of which one took place several hours earlier near the police station, but it did not result in any casualties. When police officers and investigators gathered at the site, the man then set off a second device as he chanted 'God is great!' in Arabic.

The attacker died at the scene, the statement says.

Rashid Temrezov, head of Karachai-Cherkessia, said later in the day that the situation was under control.

Karachai-Cherkessia is one of several autonomous republics making up Russia's restive, mostly Muslim-populated North Caucasus, which has long been plagued by criminal violence and Islamic radicals who have mounted frequent attacks against police, public officials, and moderate Muslims in the region.

However, rights activists have criticized security officials and police in the region -- which also includes the volatile republics of Chechnya, Daghestan, Ingushetia, and Kabardino-Balkaria -- for abuse of power, human rights violations, fabricating criminal cases, torture, and extrajudicial killings.

Based on reporting by Izvestia and Interfax