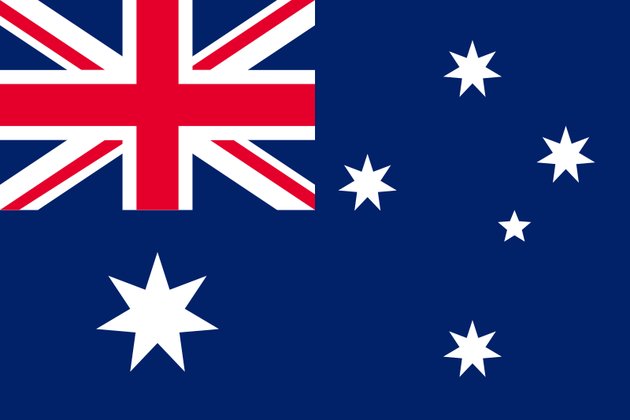 A one-sided trade war has been gathering momentum between China and Australia, ever since Australian Prime Minister Scott Morrison called for an "independent" international investigation of the origins of Covid-19, which infuriated China.

China is Australia's biggest trading partner with two-way trade worth A$ 235 in financial year 2018-19, which amounts to 26% of Australia's total trade.

In recent months China has imposed import bans or tariffs on a smorgasbord of Australian commodities using technical terminologies such as dumping and standard controls - which western countries often use in trade sanctions against developing countries.

China's blacklist has been largely delivered verbally in doses to commodity traders and includes Australian exports such as barley, copper, coal, sugar, timber, wines and lobsters. But, it does not include iron ore or natural gas, imports that are crucial for China's own economy. About 60 percent of China's iron ore comes from Australia.

Morrison made the call for an inquiry in April this year, after reportedly discussing the idea in calls to US President Donald Trump, German Chancellor Angela Markel and French President Emmanuel Macron. Later, the World Health Organization (WHO) adopted a resolution to initiate such an inquiry at their virtual summit in May, but highly watered down by Chinese intervention.

On August 26, in a speech to the National Press Club in Canberra, China's Deputy Head of Mission Wang Xining told assembled senior Australian media representatives - while pointing out that trade between the two countries in the past 20 years has climbed from A$ 10 billion to A$ 235 billion - that this call has hurt Chinese feelings.

"We should respect each other's choice of social and political system and mode of development, and refrain from imposing one's own idea onto the other," he told the audience. "China does not interfere in Australia's internal affairs. Nor do we have any intention to change Australia's political and social culture".

Wang also pointed out in his speech that over 12,000 Australian companies have set up branches in China and Chinese investment in Australia has exceeded US$ 40 billion in accumulative term. At the beginning of the century, the number of Chinese students in Australia was slightly less than 15,000 and last year, the number swelled to 229,000. While 190,100 Chinese tourists visited Australia in 2002, the number rose to 1.43 million in 2019. Both the students and tourist flows have come to a virtual halt due to Covid-19 border closures.

These trade relationships have been painstakingly built up over the past two decades, but the China bashing over the origins of Covid-19 instigated by the Australian media following the cue from its Anglo-American counterparts has created anti-China sentiments within the Australian community. There have been concerns here for some time about Chinese property purchases, where the Chinese at housing auctions have outbid young Australian professionals out of the urban housing market.

After China imposed heavy tariffs on Australian wine imports, an explosive list was circulated on social media about 41 Australian wineries - mostly in South Australia and Victoria states - being owned by Chinese businesses. A group of Australians has started a Facebook campaign to boycott wines made by these wineries.

Such sentiments have been increasing across Australia, a country that had an official 'Whites Only' policy restricting Asian immigration between 1901 and 1974, due mainly to fears of a Chinese takeover of Australia.

In November, China issued a stern warning to Australia basically saying "if you treat us as an enemy, we will be your enemy". A 14-point dossier sent to nine Australian newspapers by an unnamed Chinese diplomat, listed Chinese grievances against Australia. Among these were blocking Chinese investment in Australia including Huawei's 5G rollout and the Belt and Road (BRI) Initiative, the call for an "independent" inquiry on origins of Covid-19, interference with Chinese "internal matters" such as Taiwan, Hong Kong and Xinjiang and Australian government funding for "anti-China" research by the Australian Strategic Policy Institute.

China's foreign ministry spokesperson, Zhao Lijian followed this up by saying at a press briefing in Beijing "those who have caused problems should be the ones to solve problems".

Richard McGregor, senior fellow at the Sydney-based think tank, Lowy Institute, told recently that China had indicated earlier this year that most of the imports from Australia are replaceable, and now they are going about doing it. "China seems determined to punish Australia and make it an example to other countries," he noted.

China has also latched onto a report released late November by the Australian government, acknowledging that Australian troops serving in Afghanistan as part of the US's 'war on terror' have committed war crimes such as killing unarmed civilians and slitting throats of young Afghans. A twitter transmitted earlier in December by a senior Chinese foreign ministry official with a picture of an Australian soldier allegedly slitting the throat of an Afghan incensed the Australian government with Prime Minister Morrison asking for an apology from China.

China's deputy ambassador in Canberra ridiculed Morrison's call. "People wonder why a national leader would have such a strong opinion to an artwork done by a normal young artist in China," he told Australia's national broadcaster ABC, adding that because of this response "more people are attentive to what happened in Afghanistan".

China's media such as the , has also gone on the offensive ridiculing Australia's concerns about human rights in China, by pointing out to their troops' behaviour in Afghanistan, and Australia's off-shore refugee processing centres in Nauru and Papua New Guinea, which have been criticised by international human rights bodies for poor living conditions and other human rights violations. "It is ludicrous for Canberra to care more about Beijing rather than its own affairs," noted in a commentary.

The relationship is going to be strained further by the a new Foreign Relations law passed in federal parliament on December 8 which gives the foreign minister powers to veto any agreement signed with a foreign government agency by state governments, universities and other government agencies. One of the projects that could face veto would be an agreement between the Victorian state government and China for state companies to join China's flagship BRI project. Another area that will come under federal government scrutiny will be Confucius Institutes that have been set up with Australian universities.

Stan Grant, ABC's international affairs analyst and Professor of Global Affairs at Griffiths University argues in a posting on ABC's website, that "too much debate is driven by commentators with scant lived experience or knowledge of China. Like it or not China is a big power, we need to understand it to strengthen ourselves".

Grant, an indigenous Australian, has worked as an international correspondent for CNN from Hong Kong and Beijing. He argues that Australian politicians lack a coherent China strategy. "We have grown used to an American-led world and now we are seeing the limits of that," notes Grant. "The world is just waking up to how we deal with the emergence of an authoritarian superpower." He argues that Xi Jinping is a powerful leader who wants to realize a Chinese dream of a "return of China to the apex of global power" and while doing it, he wants to ensure the survival of the Chinese Communist Party.

"Can we live with that? If we can't what will we do?" asks Grant, adding, "that's our short term challenge and it will define what Australia and the world will look like in 100 years' time". [IDN-InDepthNews - 11 December 2020]