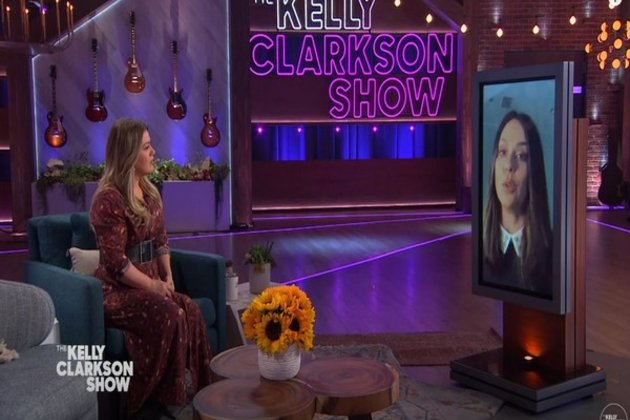 Washington [US], January 16 (ANI): American singer-songwriter Kelly Clarkson recently opened up about entering the limelight via 'American Idol' in 2002 when she was crowned the show's inaugural champ.

According to Fox News, during Thursday's (local time) episode of her daytime talk show, the 38-year-old star shared her experience of the singing reality show, in a chat with actor Jennifer Love Hewitt.

The singer recalled meeting Hewitt when Clarkson was first coming on to the scene with a few of her fellow contestants.

"You probably don't remember this, but it stuck with me so long, like for almost 20 years now ... it was at some kind of MTV Awards or VMA [Awards], I don't know what it was, but you ran up to me and it was right when [we were down to] the final three of 'Idol,'" Clarkson said.

"We were just so slammed and everything was happening in a whirlwind."The 'Since U Been Gone' singer then revealed that "people were really mean to us because we're from a talent show and it was the first season."She reiterated that "everyone was so rude" including people on the red carpet and at the show itself.

"It was so bad. It was a horrible experience," Clarkson admitted, but interaction with Hewitt helped to ease the pain.

"You came up to me and ran up to me out of nowhere and were like, 'Oh my gosh, I'm really rooting for you'," recalled the star.

"You told me: 'Please keep the ones you love so close and it'll end up being about a few people in your life, unfortunately, but this business can be really hard and just remember to keep those people that really love you."Clarkson remembered the advice for being "really, really kind in such an unkind time for me personally.""It meant the world to me," she gushed.

"You were so nice and I've been looking forward to interviewing you."As per Fox News, since her days on 'Idol,' Clarkson has sold 25 million albums and 45 million singles worldwide, according to TV Guide and has had 29 songs hit the Billboard Hot 100 in just 19 years. Three titles hit No. 1. She's also racked up three Grammy Awards and 15 nominations.

Like Clarkson, Hewitt got her start in showbiz early, rising to fame after appearing on a handful of high-profile TV shows, including 'Party of Five.' (ANI)