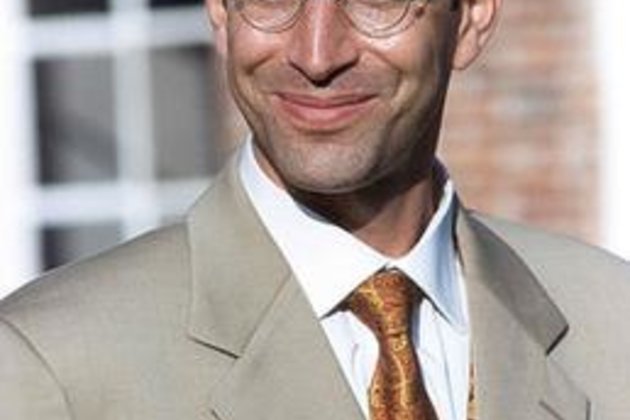 The Pakistani Supreme Court announced this week that it would reverse the conviction of the man accused of masterminding the 2002 murder of Wall Street Journal's Asia Bureau Chief Daniel Pearl in Pakistan. U.S. Secretary of State Anthony Blinken denounced the decision saying he hoped it would be reversed but vowed the government would pursue the suspects who were indicted by the U.S. Justice Department

U.S. Secretary of State Anthony J. Blinken on Thursday condemned a decision by the Pakistani Supreme Court to acquit a key suspect who was involved in the beheading of journalist Daniel Pearl in 2002.

The U.S. Justice Department indicted Pakistani citizen Ahmad Omar Saeed Sheikh in 2002 on charges of hostage taking and conspiracy to commit hostage-taking, resulting in Pearl's murder, and in a second killing of another American citizen in India.

Pearl was the Southeast Asian Bureau Chief for the Wall Street Journal Newspaper in Mumbai India at the time of his murder. Pearl had traveled to Pakistan investigating links between terror suspect and British citizen Richard Reed, also known as the "shoe-bomber," and Al-Qaeda.

Blinken said the U.S. Government is concerned that the indicted killer will be soon released but vowed that the U.S. would pursue prosecution if the Supreme Court ruling stands.

"The court's decision is an affront to terrorism victims everywhere, including in Pakistan," Blinken said.

"The United States recognizes past Pakistani actions to hold Omar Sheikh accountable and notes that Sheikh currently remains detained under Pakistani law. We expect the Pakistani government to expeditiously review its legal options to ensure justice is served."

Blinken said he is hopeful that the Pakistani Supreme Court's decision is being reviewed by the Pakistani Attorney General's office who he said may recall it.

"We are also prepared to prosecute Sheikh in the United States for his horrific crimes against an American citizen," Blinken said.

"We are committed to securing justice for Daniel Pearl's family and holding terrorists accountable."

On April 2, 2020, the Sindh High Court overturned the conviction and sentencing of Omar Sheikh and his three co-conspirators, Salman Saqib, Fahad Naseem and Sheik Adil. Under the ruling, the men were to all be set free, pending an appeal to the Supreme Court. The Sindh government issued a 90-day detention order against the men.

Pearl's parents, Ruth and Judea Pearl, urged the Pakistani Supreme Court in a formal appeal filed in May 2020 by their Pakistani lawyers, represented by Faisal Siddiqi, a partner with the Karachi law firm of Siddiqi, Vawda, Usman & Memon Law Associates.

"We are standing up for justice for not only our son, Daniel Pearl, but for all of our dear friends in Pakistan, so they can know a society free of violence and terror, raising their children in peace and harmony," the Pearl said.

"The men behind Daniel's murder represent an extremism that we must challenge, and the world is watching how the courts in Pakistan keeps her citizens safe from terrorism and creates a future of peace."