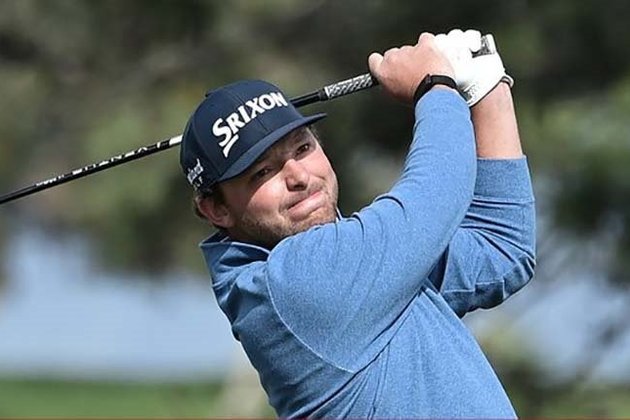 Mark Hubbard birdied the last four holes at TPC Scottsdale on Thursday to join Matthew NeSmith atop an unlikely leaderboard at the PGA Tour Phoenix Open.

Hubbard fired eight birdies in a career-low round of eight-under par 63, while NeSmith matched his best round on tour with an eagle and six birdies.

The top duo - both in search of a first tour title - were one stroke in front of fellow Americans Nate Lashley and Sam Burns.

It was a further stroke back to US Ryder Cup captain Steve Stricker - less than three weeks shy of his 54th birthday - who had seven birdies in his six-under par 65.

World No 4 Xander Schauffele had seven birdies in his five-under 66 to head a group of six players sharing sixth place.

Spain's Rahm, who attended college at Arizona State University and has made five starts in the Phoenix Open, had four birdies in a three-under 68 capped by his lone bogey of the day at the 18th.

Thomas posted a one-under par 70 that included a triple-bogey seven at the par-four 17th - where he was in two bunkers and the water hazard.

Rahm said his closing bogey made the round "feel so much worse than it really is.

"To be honest, I was four-under, bogey-free through 17 without having my best."

And like his rivals, Rahm was delighted to be playing in front of 5,000 fans -- the most allowed into a PGA Tour event since the coronavirus pandemic exploded last year.

It's a far cry from the raucous norm for a tournament that usually attracts some 700,000 over the course of the week.

But even with the stadium style grandstand at the par-three 16th modified to accommodate 2 600 - rather than the 16 000 that usually pack into three levels of hospitality suites surrounding the hole - it was a welcome jolt of energy for players.

"It's fun," Rahm said. "It's great to have actually feedback when you hit a shot on the green. We've had none of that for a while, and sometimes you don't know if you're 30 feet or three feet. It's nice to have that feedback, to hear the fans cheering for you."

World No 6 Rory McIlroy, making his Phoenix debut, was pleased to post a one-under par 70 after opening with a double-bogey at the 10th and a bogey at 11.

"Being three-over through two isn't ideal, especially on this golf course where you sort of need to make birdies," McIlroy said.

Hubbard got things going with a 30-foot birdie putt at the second, and blasted out of a greenside bunker to six feet for a birdie at the third.

He joined NeSmith in the clubhouse on eight-under with a 20-foot birdie at the last.

"I love this tournament," Hubbard said. "It's great to have fans back."

NeSmith nearly aced the 16th, his tee shot taking one hop before settling six inches from the pin.

"I probably made the quietest almost hole-in-one ever on 16," he said. "I got about six claps there and hit it to six inches."

After a birdie at the third, he chipped in for his final birdie of the day at the sixth.

Leading first-round scores on Thursday in the PGA Tour Phoenix Open at TPC Scottsdale in Arizona (USA unless noted, par-71):