Volcano erupts in St. Vincent and the Grenadines 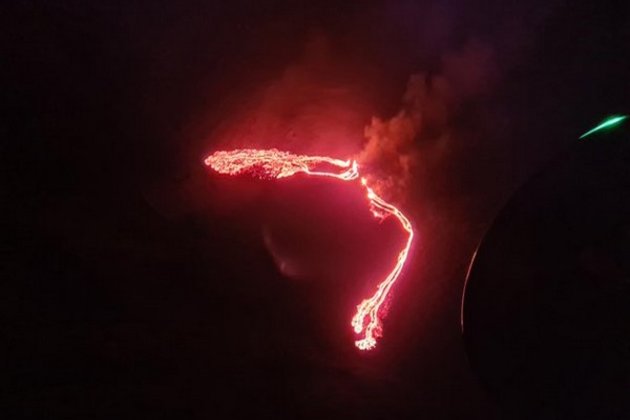 Kingstown [Saint Vincent and the Grenadines], April 10 (ANI): A volcano in the southern Caribbean that had been dormant for decades erupted in a billowing blast of grey smoke Friday, spewing clouds of ash for miles and forcing thousands to evacuate.

As per The New York Times, the volcano, known as La Soufriere, on the northern tip of the main island of St. Vincent, in St. Vincent and the Grenadines, had started showing signs of renewed activity in late December.

It moved into an "explosive state" on Friday morning, the National Emergency Management Organization said in a Tweet.

"It was a very, very loud bang," said Shaquille Hadaway Williams, a resident describing the erruption and added: You never see something like this."NYT reported that the country's emergency management agency said the ashfall had been registered as far as the country's international airport on the southern part of the island -- more than 12 miles away -- while an ash plume had billowed 20,000 feet over the Atlantic Ocean.

The morning eruption was followed about six hours later by a "second explosive eruption" that was not as extensive, the agency said.

The country's prime minister, Ralph Gonsalves, ordered a full evacuation of the area.

"I have issued an evacuation order to all residents living in the RED ZONES on the North East and the North West of the island. All residents are asked to act accordingly with immediate effect to ensure their safety and that of their families," Gonsalves wrote on his Twitter page on late Thursday according to Sputnik.

The prime minister stressed that the decree on the evacuation would be published on Friday, but the relocation of residents will start immediately.

The prime minister stressed that the decree on the evacuation would be published on Friday, but the relocation of residents will start immediately.

As of Friday morning, close to 20,000 people had been evacuated from the area surrounding the volcano, according to officials. (ANI)