Notre Dame attempts to bounce back vs. Chaminade 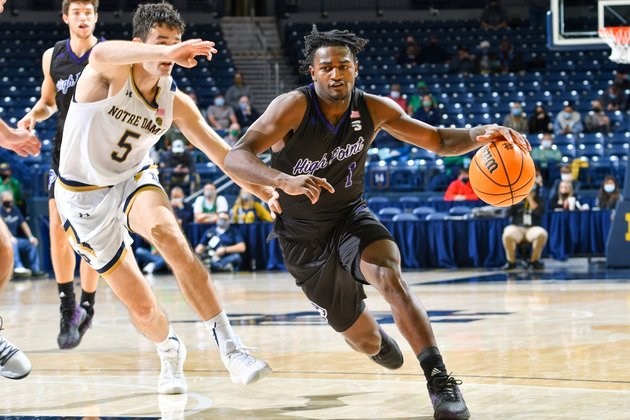 The last time Notre Dame was in the Maui Invitational, its trip to Hawaii ended with a raucous celebration for winning the event in 2017.

Four years later, Notre Dame is in one of the more prominent tournaments in the country again, but this time is in the loser's bracket. The Fighting Irish look to shake off a disappointing loss Tuesday night when they face Division II foe Chaminade in Las Vegas.

Notre Dame (2-1) entered the tournament after averaging 69 points on 41.7 shooting in home wins over Cal State Northridge and High Point. The Fighting Irish then saw their offense produce even less consistently Monday when they shot 38.9 percent, missed 12 of 18 3-point tries and sustained a 62-59 loss to Saint Mary's.

"Can't dwell on it long," Notre Dame coach Mike Brey said. "We have to bounce back and try to win a game tomorrow as we're figuring out our team."

The loss denied Notre Dame a date with Oregon and a chance at a possible resume-building win if it is in consideration for an NCAA bid later this season. Instead, the Fighting Irish will attempt to successfully navigate the quick turnaround and avoid playing the seventh-place game.

Aside from looking to rebound from a rough ending, Notre Dame is hoping to see Prentiss Hubb reverse his slow start. Hubb led the team by averaging 14.6 points last season but he was held to six points Monday and is 4-for-27 from the field this so far.

Chaminade (2-1) has occasionally pulled off the upset as the host school in the event with its most recent win in the Maui being a 96-72 rout of California in the seventh-place game in 2017. The Silverswords also took an 86-59 loss to Notre Dame in the 2017 opener when the Fighting Irish were ranked No. 13.

Chaminade is facing Notre Dame after staying competitive for the first half before getting dominated in the second half of a 73-49 loss to Oregon. The Silverswords were within seven at halftime but ultimately could not keep pace with a faster opponent on both ends.

"Size played a role, but if we played how we played in the first half we probably wouldn't have let them get on a stretch like that," Chaminade's Raazhel Watkins said.

Chaminade shot 29 percent and missed 13 of 17 3-pointers while leading scorer Isaac Amaral-Artharee was held to nine points on 4-of-18 shooting.