US makes war promise to NATO members on eastern flank 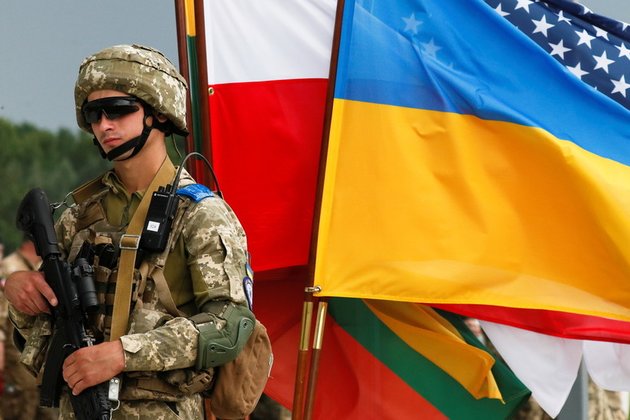 The US would not send troops into a conflict between Russia and Ukraine, Washington has said ahead of Thursday's summit between US President Joe Biden and his Russian counterpart Vladimir Putin.

However, Washington has pledged that it's prepared to "bolster" members of its NATO military bloc.

"We do not know whether Putin has made a decision about further military escalation in Ukraine, but we do know he's putting in place the capacity to engage in such escalation should he decide to do so," a senior Biden administration official told reporters in a background briefing on Monday, according to Reuters.

The US is not seeking a scenario in which its military would be used in a conflict between Moscow and Kiev, but would be "prepared to bolster allies on NATO's eastern flank," the official is quoted as saying. The idea of Russian troops preparing for an "invasion" of Ukraine, replicated in mainstream media over the past few days, has been rubbished by the Kremlin.

Biden intends to tell Putin there will be "very clear costs" if Russia attacks Ukraine, the official added. It was also revealed that US Secretary of State, Antony Blinken, will speak to Ukraine's President Volodymyr Zelensky prior to the phone call with Putin, and Biden himself will call him afterwards.

Moscow has rejected claims by US intelligence that Russia is preparing to attack Ukraine in late January as "fake news."

"We are seeing a lot of fake news about the allegedly planned 'aggression' of Russia against Ukraine being peddled," Kremlin spokesman Dmitry Peskov told RT in an exclusive interview ahead of the presidential phone call.

"We are seeing NATO exhibiting an extremely hostile stance, we are hearing rhetoric from [NATO Secretary General Jens] Stoltenberg, rhetoric of various representatives of the US," saying that NATO can and will do whatever it wants and not recognize any of Russia's "red lines," Peskov added.

Meanwhile, he noted, there is not a single word of warning from the West to Ukraine not to attempt to resolve the dispute with two eastern provinces by force.

The two self-proclaimed Donbass republics, Donetsk and Lugansk, broke off from Ukraine after a Western-backed coup overthrew the government in Kiev in February 2014. The following month, Crimeans voted in a referendum to secede from Ukraine and rejoin Russia. The referendum was not recognised by the UN.