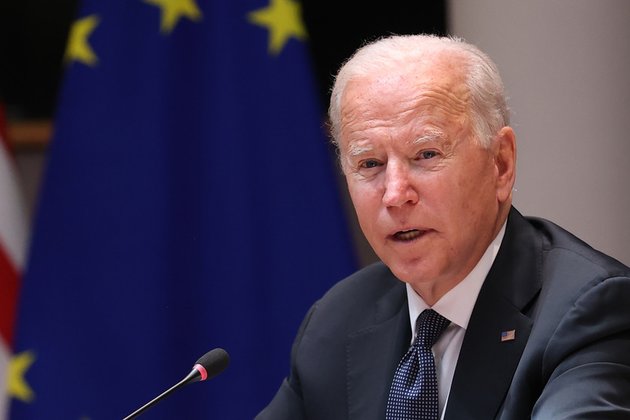 Brussels thought Donald Trump's exit meant they were getting an ally in Washington, but, during his first year in the White House, Biden has proved to be far from the EU's best friend.

When Joe Biden became president of the United States, Brussels breathed a huge sigh of relief. Gone was the unpredictable and openly Eurosceptic Donald Trump, and in was a man they could deal with. The Eurocrats must have thought there could be a return of normality and cordial relations, based on an ideological meeting of minds and trust. It has, however, turned out to be anything but.

It is fair to say that the European Union had a fractious relationship with the Trump administration. There were battles over trade, finance, and pretty much everything else. Moreover, the president was an open supporter of Brexit, which no doubt infuriated the Eurocrats.

In some ways, they have not been disappointed. Biden immediately reversed Trump's decision to ditch the Paris climate accord, and he has also backed the EU in its battle with the UK over the Northern Ireland protocol. However, if the Eurocrats thought that the ascension of Biden to the presidency meant a return to the cozy relations that existed before 2016, then they have been sorely mistaken.

Biden really began to show his contempt for the EU with his withdrawal from Afghanistan. Indeed, he did not even bother to inform Brussels in advance of his decision to withdraw American troops, even though EU member states like Germany, Poland, and Italy had boots on the ground in the country.

But it is not only the withdrawal from Afghanistan, it is the consequences that will follow. European leaders know that Biden's calamitous scuttle from Kabul will result in waves of migrants making their way to the EU. To protect themselves from the oncoming crisis, walls have begun to appear across the continent, and for that, the EU has Biden to thank.

The US-EU relationship took a further downturn with the announcement that Australia would be scrapping its deal with France to build diesel-powered submarines, and would, instead, be turning to the US and the UK.

The AUKUS deal, as it has become known, was a huge blow to the prestige of France, which stands to lose $37 billion due to the cancelled contract. At the time, France's foreign minister Jean-Yves Le Drian said, "this brutal, unilateral and unpredictable decision reminds me a lot of what Mr Trump used to do. I am angry and bitter. This isn't done between allies. It's really a stab in the back." Although Biden later attempted to claim ignorance, trust had been broken and the damage had already been done.

With such an unstable partner, the EU has been looking to forge an independent role in the sphere of defense. Last week, for example, High Representative of the EU for Foreign Affairs and Security Policy Josep Borrell visited the Ukrainian-Russian border. Whilst there, he demanded that the EU be part of any discussions between the US and Russia. Borrell said, "we are no longer in the Yalta times," a reference to World War II summit where "the big three" - the Soviet Union, UK, and US - agreed where their spheres of influence lay.

Nevertheless, with talks taking place this week in Geneva between the US and Russia regarding the situation in Ukraine, the EU is not at the top table. The message is clear: The EU is not considered worthy to sit with the superpowers while they make important strategic decisions.

The exclusion of the EU will not go unnoticed in Brussels, and it adds weight to the argument that the bloc requires a more unified foreign and defense policy, which is something Borrell has called for in the past.

It is also no coincidence that French President Emmanuel Macron last week called for an EU-wide "Strategic Compass" in this area. Macron, whose country now holds the rotating presidency of the European Council, argued, "it will allow us to have a common European position at NATO and to act together in a more coordinated way."

Macron's drive for military autonomy, which will be the precursor of his ultimate ambition of the EU having its own fully fledged "army," has the backing of the Brussels Eurocrats. The president of the European Commission, Ursula von der Leyen, also said that "I believe it is high time for defense in Europe to move up a gear."

The renewed impetus for the bolstering of the EU's defenses and the drive towards military independence is the fact that the US is increasingly seen as an unreliable partner. This has been one of the many unintended consequences of Biden's botched first year in the Oval Office.

If Brussels thought Biden's entry into the White House would herald a new golden era of EU-US relations, then they will have been massively disappointed with his first year in office. When it comes to foreign and defense policy, the US president has treated the EU with (some would say deserved) contempt. Nevertheless, powerful voices within the EU are now looking for the bloc to chart a more independent course, and wriggle free of American influence.