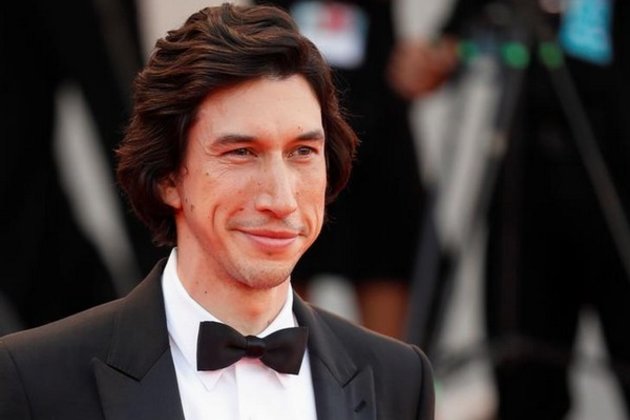 Washington [US], January 14 (ANI): Hollywood actor Adam Driver has revealed that he doesn't mind missing out on the fun after finishing a job.

According to People magazine, Driver recently spoke for a magazine's Best Performances issue. The 38-year-old actor opened up about his proclivity to step out of character "immediately" after completing a movie.

He revealed that he didn't even attend the wrap party after finishing House of Gucci because he couldn't wait to stop playing the role.

Driver plays Gucci fashion house head Maurizio Gucci in the film, which hit theaters on November 24, and admitted he was nothing like his on-screen character.

"In some ways, House of Gucci was the most difficult. I do not live in the same world as Maurizio Gucci. The way he picks up things that are valuable and discards them, the way he is the most elegant man, those qualities were interesting to think about," Driver told the outlet.

He continued, "But after 14 hours a day of being a Gucci, I was ready for it to be over.""In general, I leave jobs immediately. I haven't been to a wrap party since Girls. I just want to get the character out of my system and go home," Driver added.

Though Driver was personally ready to be done with the film, he showered director Ridley Scott with praise. The two previously teamed up for 'The Last Duel', released in 2021.

"I f------ love him. He uses four cameras at a minimum, and it's like theater-in-the-round. He draws his own storyboards, and the productions move very fast. He doesn't lose momentum over a meaningless detail," the actor raved in the interview, as per People magazine.

Driver, a two-time Oscar nominee, stars in 'House of Gucci' alongside Lady Gaga, who portrays Patrizia Reggiani, the ex-wife of Gucci.

The movie tells the true-crime story of how Reggiani married into the Gucci family and eventually plotted to assassinate her husband, heir to the designer family fortune. (ANI)