Russia & US cooperated in killing of ISIS leader reports 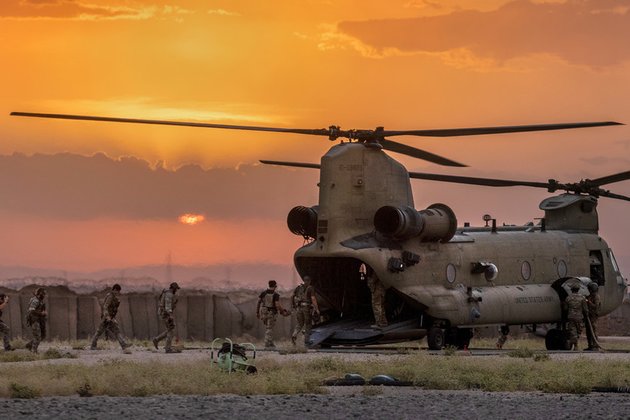 America's successful mission to kill the leader of the Islamic State (IS, formerly ISIS) was coordinated with Russia, with Moscow being warned in advance to stay away, CNN reported on Thursday.

Citing an anonymous US defense official, the news agency said that Washington told Moscow that it would be operating "in a broad general area of northwest Syria, during a timeframe, and told them to stay out of the area."

This is not the first time the two nations have cooperated in the country, despite Russia's belief that the Americans are operating in the country illegally. The Russian operation began in 2015, after Syrian President Bashar Assad requested military aid from the Kremlin.

However, according to international law, the US military presence is an illegal occupation because the American troops entered the country without an invitation from the government.

The operation, carried out by the US military on Wednesday night, was a counterterrorism raid with the objective of killing Abu Ibrahim al-Hashimi al-Qurayshi, the leader of IS, who is alleged to have been involved in terrorist activity from the birth of the group in the early 2000s.

"This is someone who plays a significant operational role day in, day out in an operation that remains potent and that is still trying to target the United States, our people, and our allies," US Deputy National Security Adviser Jon Finer told American TV Channel PBS, following the raid.

According to Washington, US troops approached the compound where al-Qurayshi was hiding on foot, as part of a plan to minimize civilian casualties. Rather than carry out a drone strike against the target, US soldiers gave those hidden inside the building the opportunity to come out and be detained. The IS leader, who was hiding on the third floor of the building, instead chose to blow himself up using a suicide vest, also killing members of his own family, who had been living in the building. Four women and six children were among the dead.

On Thursday morning, President Joe Biden announced the raid had been successful, stating that the IS group leader had been killed by US military forces. Speaking from the Roosevelt Room in the White House, the American President added that "thanks to the bravery of [US] troops," the operation had "removed a major terrorist threat."

The latest cooperation between Moscow and Washington comes as tensions between the two capitals remain at a high, with both accusing each other of being behind growing instability on the border between Russia and Ukraine. Moscow stands accused of placing 100,000 troops on the perimeter, with some alleging it is planning an attack. This claim has repeatedly been denied by the Kremlin and has also been played down by Ukrainian President Volodymyr Zelensky.