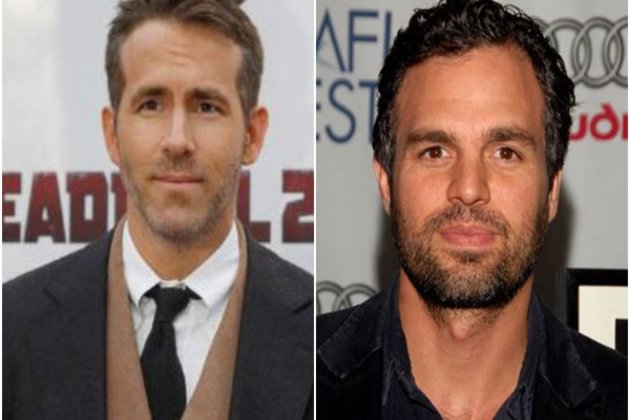 They also focussed on the real-life heroes helping the Ukrainian people escape the country after Russia's military operation, reported Variety.

"What we're seeing is this incredible outpouring of goodwill toward Ukrainian people and democracy at a time when democracy has been under attack throughout the world by Putin and his cronies, including Tucker Carlson," Ruffalo told Variety during the premiere of Netflix's sci-fi film 'The Adam Project' at New York's Lincoln Center.

"It's a beautiful representation of who we are as human beings and how we've come together, and the Ukrainian people are incredible. They're heroes. [Ukraine President Volodymyr] Zelenskyy is a hero. That's what it looks like when people come together to fight for something that's right. I'm praying they succeed in what they're trying to do," he added.

On Saturday, Reynolds announced that he and his wife Blake Lively would match up to USD 1 million in donations to help Ukrainian refugees through the United Nations High Commissioner for Refugees.

"We just felt that we were incredibly fortunate to be able to do something like that, and it's hard not to elicit enormous empathy to the idea that families big and small are being told they have to flee their homes they've had their whole lives in a matter of minutes. I just can't imagine how that would feel for a parent, let alone anybody," Reynolds told Variety.

His co-star Jennifer Garner has also been sending supplies to Ukrainian families through the charity Save the Children.

"My heart goes out to the people in Ukraine. I'm thinking especially of the women and children," Garner told Variety.

She added, "We work hand-in-hand with UNHCR and Red Cross to make sure, while they're building shelters and refugee camps, that children, babies and mothers are specifically cared for, whether that's psycho-emotional support, diapers, children's clothing, shoes, socks, infant formula, baby food, toys, books, teddy bears, blankets, things they might not have grabbed as they left their homes and fled. [We are] trying to get education up and running for them while they figure out where they're going to be next. I'm proud of that work and am happy to be supporting it."'The Adam Project' may be premiering at a turbulent time for the world, but director Shawn Levy, who worked with Reynolds on last year's 'Free Guy', hopes that the film can serve as escapist art for viewers.

"It is a crazy time and it always feels weird to be celebrating something when there is such strife and hardship going on elsewhere," Levy told Variety.

Levy added, "Certainly what I hold onto is the whole point of this movie was to make a human and emotional connective experience. That baseline humanity that movies and storytelling can reconnect us to has value."For the unversed, last week, Russian President Vladimir Putin announced a military operation in Ukraine and warned other countries that any attempt to interfere with the Russian action would lead to "consequences they have never seen." (ANI)