Babar Azam dreams of top-spot as batter in all-formats 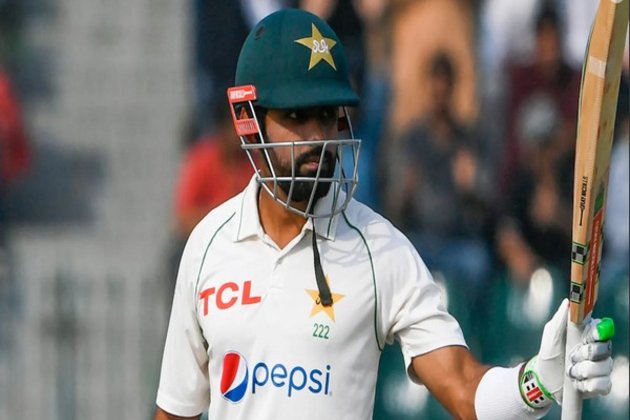 Lahore [Pakistan], June 3 (ANI): Pakistan batter Babar Azam has said that it is a dream for him as a player to become the number one batter in all formats of the game.

This comes after veteran India batter-keeper Dinesh Karthik spoke on The ICC Review and tipped Babar to become the first player to be ranked the No.1 batter in all three formats.

Azam is currently the number one batter in ODI and T20Is formats while he is at a career-high of number five in Tests behind heavyweights like Marnus Labuschagne, Steve Smith, Kane Williamson and Joe Root.

"As a player, it is a dream to become the No. 1 in all formats and, for that, you have to focus and put in hard work. It is not like if you are the top player in one or two formats, you go easy," Azam said.

"If you are to become No.1 in all three, you have to keep yourself fit and on track. There is back-to-back cricket and the gap is less. For that, you need to be extra fit," he said on the latest episode of The ICC Review.

"It is something I am preparing for. It is going well in white-ball and hopefully, I will be able to do well in Tests too," he added.

The batter was speaking ahead of the rescheduled Pakistan and West Indies ODI series, which will go on from June 8-12.

The three ODIs faced postponement last December due to a COVID-19 outbreak in the West Indies camp after the T20I series, which Pakistan won by 3-0. The side continued their strong white-ball performances with a 2-1 ODI series win at home against Australia.

Babar was great for Pakistan in ODIs against the Aussies, with two tons and a half-century as he averaged 142.5 and scored at a strike rate of 116.8.

"As a team, as a captain, you go into the series thinking about a clean sweep, whoever the opponent is. We went with the same thought against Australia, to play tough cricket and dominate. The intent is the same against West Indies, but it is not like we are underestimating them," said Babar.

"They also have the capacity to give you a tough time as, on the day, they are a dangerous team. You cannot take them easy," he added.

The three one-dayers are part of the Super League with both teams aiming to get those crucial points to earn a top-eight finish and earn automatic qualification for the Cricket World Cup 2023. In the Super League rankings, West Indies is currently in sixth place and Pakistan in tenth. (ANI)