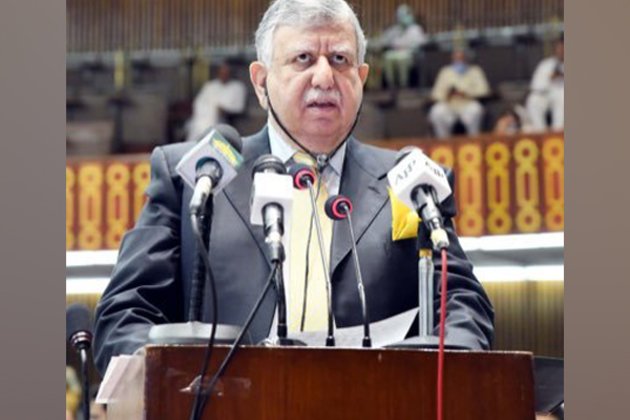 In the leaked tapes, the former minister could be heard asking the Punjab and Khyber-Pakhtunkhwa (KP) finance ministers to withdraw from the IMF deal on the pretext of devastation, caused by floods in the provinces.

"You have signed an Rs750 billion [surplus] commitment with the IMF. You now need to tell them that the commitment you made was before the floods, and now [Punjab] has to spend a lot of funds for [rehabilitation of affectees of the] floods," Tarin said as quoted by The News International citing the leaked audios.

It is very clear from the leaked videos that Tarin was asking Punjab Finance Minister Mohsin Leghari to write to the IMF and tell it that the commitment Punjab made was in the pre-floods situation, and now the province "cannot honour it".

"You need to say now that 'we will not be able to honour our commitment'," Tarin said, telling Leghari that this is all he wants - for pressure to increase on the incumbent government. The PTI leader told the finance minister to draft a letter and send it to him for vetting, so it could be sent to the federal government and later on to the IMF representative in Pakistan.

At this, Leghari asked Tarin whether Pakistan would suffer as a state if Punjab, the largest province of Pakistan, withdraws from the deal. Tarin replied, "Well, frankly [speaking], isn't the state already suffering because of the way they are treating your chairman [Imran Khan] and everybody else? [The] IMF will ask them: where will you get the money from now?" Tarin responded.

Towards the end of his conversation, Tarin said: "We will create such a scene that it should not be seen as if we are harming the state. At the end of the day, we should keep facts that you will not be able to pay (surplus funds); that means your commitment then means zero".

Tarin said that this could not go on further and the party could not bear being "mistreated" and not respond. "We cannot be blackmailed," the PTI leader said. "This is what was decided yesterday. That is how it is to be done. We will ask the chairman whether it is to be sent only to the federal government. Or we should raise it with the IMF," added Shaukat Tarin, quoted by The News International.

A similar kind of audio was leaked in which Tarin was heard talking to KP Finance Minister Taimur Jhagra and asked if he had written the letter. In response, the provincial finance minister says, "I am on the way. I have the previous letter. I will send the letter to you after drafting it".

On the pattern of what he had asked Leghari, Tarin directs Jhagra that the key point of his letter should be the flood devastation in the province. "[The] first point would be that we need huge financial aid for restoration of infrastructure and rehabilitation of flood affectees. I have already talked to Punjab's finance minister about it."Jhagra says, "By the way, this is a blackmailing tactic: nobody releases money. I will not, but don't know Mohsin will release it or not," he said. To this, Tarin says that if he (Jhagra) will not release the money, then Leghari will also not be allowed to do so.

The KP finance minister remarks, "Both Khan Sahab (Imran Khan) and Mehmood Khan (CM KP) told me that what was decided in the meeting yesterday, that we will hold a joint news conference".

Later, regarding the conspiracy of PTI, Finance Minister Miftah Ismail said that on the advice of former prime minister Imran Khan, Shaukat Tarin tried to instigate the provincial ministers to write to the IMF on the issue of revenue surplus, which was against the interest of the country.

"It is treason to write letters to a foreign institution and after leaking of audiotapes, Shaukat Tarin should say goodbye to politics, while KP's finance minister should also present his resignation," Miftah said while addressing the presser.

He said currently, Pakistan is drowning and the only hope after God is the international money lender, according to The News International. (ANI)