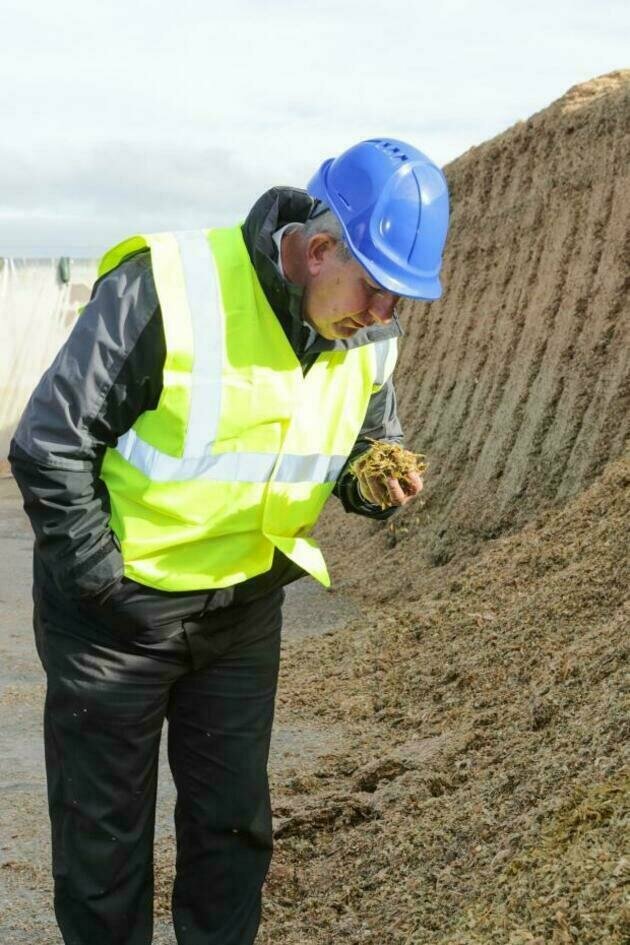 The first site, Corbiere Renewables, was of particular interest to the Minister given it produces biomethane for direct injection into the gas grid, something Northern Ireland hopes to emulate in the near future, with Granville Eco Park likely to be among the first to inject biomethane into the Northern Ireland gas network.

Purchased by Bio Capital Ltd in June 2022, the plant uses organic waste feedstock to produce biogas in order to produce electricity. However, the Corbiere plant upgrades the biogas to biomethane by removing the majority of CO2 which allows it to be injected into the local gas network to replace fossil fuel based natural gas.

The second plant visited by the Minister, Redstow Renewables, focuses on producing biogas for electricity generation using a 4.5 MW Combined Heat and Power (CHP) plant, producing around 35 million kWh of electricity each year. Both plants use the resulting digestate to fertilise local farmland which reduces their reliance on imported artificial fertiliser.

Minister Poots said: "I see electricity and biomethane produced via anaerobic digestion as a vehicle to not only decarbonise heat and transport but also, if managed correctly, to stimulate the centralised processing and nutrient separation of slurry which could provide feedstock for biomethane and biogas from anaerobic digestion. This could provide further opportunities for a circular economy through the exporting of excess bio-fertilisers produced from slurry or digestate.

"In this way Northern Ireland's agriculture sector could become less reliant on imported carbon intensive, high phosphorus fertiliser and reverse the decline in the ecological status of waterways and habitats. It will also reduce NI's reliance on expensive imported fossil fuels which will increase our energy security and demonstrate a tangible example of Green Growth in action."

Chief Technical Officer of Granville EcoPark Ltd and BioCapital Ltd, Dr David McKee, said: "We welcome the opportunity to show Minister Poots the technology being utilised at our facilities in Norfolk to produce renewable gas and electricity from agricultural waste and energy crops.

"Agricultural AD has the potential to help Northern Ireland address some of its most significant decarbonisation challenges whilst improving local productivity and creating additional renewable energy career opportunities in rural communities. Bio Capital has proven the application works in Norfolk and we look forward to working with local stakeholders to make it work for Northern Ireland."