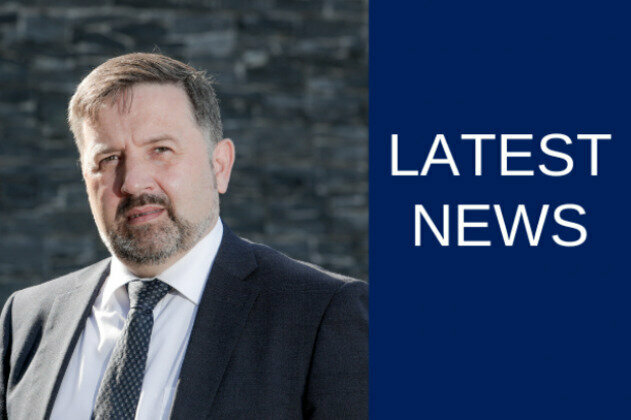 The Health Minister, along with the Secretary of State, Chris Heaton-Harris MP met with NIFRS and NIAS first responders at Crescent Link Fire Station in Londonderry today.

Health Minister Robin Swann said: "First and foremost, I want to again extend my deepest sympathies to the families and friends of those who lost their lives in this unspeakable tragedy. My thoughts also remain with those who were injured in the incident and the wider Creeslough community at this most difficult time.

"As the devastating events unfolded just under a fortnight ago, emergency crews and specialised units from both NIFRS and NIAS mobilised at speed to support their counterparts across the border. This co-operation has long been a daily reality and there are established protocols in place for mutual aid."

Working in partnership with Donegal Fire Service, NIFRS tasked its Specialist Rescue Team from Belfast, a Command Support Unit from Kilrea and supporting pump from Strabane along with Officers from Western Area Command. Support was also provided by officers in the Command Room at NIFRS headquarters and by Regional Control Staff at NIFRS Regional Control Centre.

The Ambulance Service dispatched Rapid Response Paramedics, an Emergency Crew, Hazardous Area Response Teams (HART), a non-Emergency Crew and the Air Ambulance, with HEMS crew on board. Night crews were also dispatched from NIAS to release those who had responded during the afternoon, and they continued in the recovery effort through the night.

Minister Swann said: "I want to pay tribute to our emergency crews and thank them for their outstanding bravery, commitment and dedication. The conditions which they encountered in Creeslough were challenging on many levels and I am very grateful to each and every one of them for their courageous service."

Support has been put in place by both NIFRS and NIAS for staff who responded to the incident.