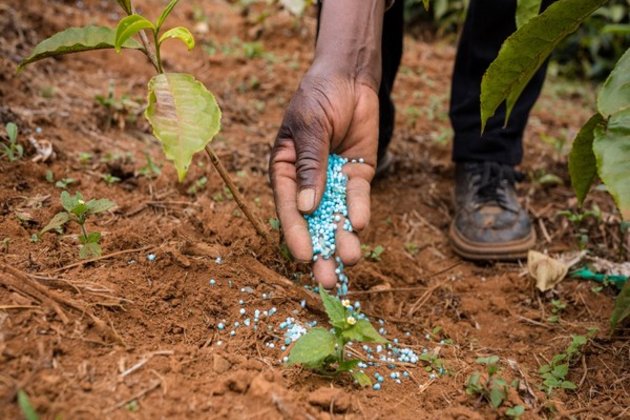 New Delhi [India], October 27 (ANI): The government's fertilizer subsidy bill could increase by Rs 40,000 crore this financial from the already-announced allocation of Rs 2.15 lakh crore because of the continued surge in the prices of the key raw material - natural gas-- for manufacturing urea, rating agency CRISIL Ratings said on Thursday.

The rating agency said any delay in increased allocation and disbursement would lead to higher working capital requirements and moderate the credit metrics of fertiliser makers.

Notably, the government has been proactive in addressing the subsidy requirements of the industry.

In addition to Rs 1.05 lakh crore approved in the Union Budget for this fiscal, an additional subsidy of Rs 1.10 lakh crore was announced in May 2022 to offset surging feedstock and product prices.

While it seemed sufficient to meet this fiscal's requirements, continued surge in the price of gas has necessitated further subsidy, the rating agency opined.

"The price of imported urea, which accounts for the balance 15 per cent volume, remains elevated at over USD 650 per metric tonne, almost double the historical levels. Together, this could mean overall subsidies rising to Rs 2.55 lakh crore this fiscal," said Naveen Vaidyanathan, Director, CRISIL Ratings.

Joanne Gonsalves, Team Leader at CRISIL Ratings said the current budget could be exhausted in the next 1-2 months and termed increased government allocation and timely disbursement as crucial.

Meanwhile, amid shooting global prices of fertilizers, India protected its farmers by providing them with additional subsidies to ensure that they were not overburdened, Union Finance Minister Nirmala Sitharaman said.

"It is not just the elevated prices of fertilizer and energy, but the availability of these commodities too are challenges," Sitharaman said while addressing a gathering at the Brookings Institute in the US.

The finance minister highlighted the risks that are "extraneous" to the Indian economy amid the ongoing external headwinds.

Further, while talking about how India dealt with the rising fertilizer costs the union minister said: "Last year we had to give 10x the price to import. And obviously, Indian farmers are not really large farmers...But they really need fertilizers at an affordable price. So I can't raise the input costs by saying I am importing it at this price therefore it is yours to take the burden as well," she said adding that the central government had shelled out the additional on behalf of the farmers.

Moreover, to tide over the current headwinds, Sitharaman said the central government has been making sure that credit facilities are available for businesses and farmers at an affordable rate and interest subventions wherever needed. (ANI)