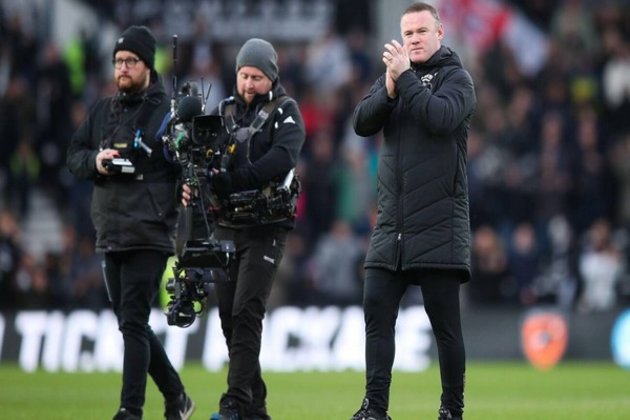 Mumbai (Maharashtra) [India], November 17 (ANI): For the first time ever, the most prestigious football competition in the world FIFA World Cup Qatar 2022 will be brought to viewers in India by an extraordinary group consisting of Wayne Rooney, Luis Figo, Robert Pires, Sol Campbell, and Gilberto Silva.

For the first time ever, Indian viewers will revel in the expertise of legends who have created extraordinary memories in the hearts of football fans with the ball at their feet. Rooney, one of the most prolific strikers to have ever played the game and England's all-time top goal-scorer, will be joined by Portuguese legend and Ballon d'Or winner Luis Figo, who led his country to the semifinals in 2006, their best finish at a FIFA World Cup since 1966.

'The Invincibles' teammates Sol Campbell, Robert Pires and Gilberto Silva will add star power to the expert's panel. Campbell is the only player to have represented England in six consecutive major tournaments, playing in 1996, 2000 and 2004 Euros; and 1998, 2002 and 2006 FIFA World Cups, while Pires was an integral part of France's 1998 World Cup-winning team and Silva was Brazil's defensive rock in the 2002 World Cup winning campaign.

"Delighted to be in India for FIFA World Cup Qatar 2022. It is my first opportunity to visit the country and get a chance to speak to many of the Indian football fans who supported me during my playing career. I am also excited to be a part of the country's World Cup experience and excitement," said Wayne Rooney in an official press release by Viacom18 Sports.

"I have been fortunate to experience the love for football in India previously and can only imagine how excited the fans will be during the FIFA World Cup Qatar 2022. Not only am I coming back to India, but I will also give the fans a taste of the world's greatest show," said Luis Figo.

"From my experience of playing in India, I can safely say that fans know and love football to bits. I am excited to return to India and present the FIFA World Cup Qatar 2022 with my beloved former teammates," said Robert Pires.

"India's passion for football is contagious and heartening simultaneously. I can't wait to join the panel for the FIFA World Cup Qatar 2022 in what will also be a mini-reunion with my 'Invincible' teammates," said Sol Campbell.

"I have read and heard a lot about Indian football and the fan stories, and it is exciting to travel to a country that loves the world's most beautiful sport.NI can't wait to share my knowledge and insights with fans for the FIFA World Cup Qatar 2022," said Gilberto Silva.

The panel will be part of VISA Match Centre Live, which will give fans the ultimate experience of the FIFA World Cup Qatar 2022, including in-depth analysis, pitch-side coverage and locker room access from the convenience of their homes. The VISA Match Centre Live will be a fully immersive studio show customized in all five languages on JioCinema, with renowned legends joining for the English coverage.

The FIFA World Cup Qatar 2022 kicks off on 20th November, with hosts Qatar facing Ecuador in the opening game. (ANI)