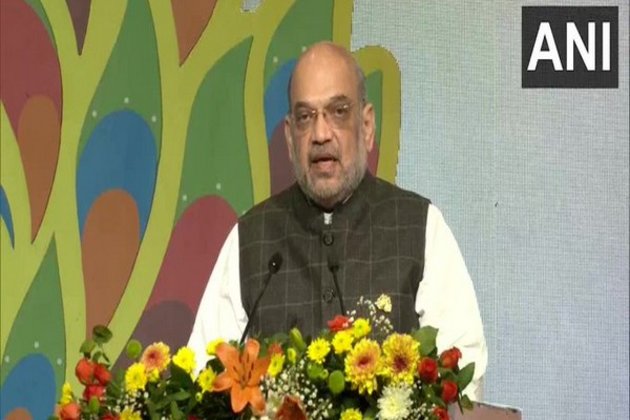 In his remarks at the closing session of 'No Money For Terror' ministerial conference here, the Home Minister said India is committed to working with all countries to combat terror financing in all its forms under the leadership of Prime Minister Narendra Modi.

"Under the leadership of PM Modi, India is committed to working with all countries to combat terror financing in all its forms, such as money laundering, misuse of digital financial platforms, hawala," the Home Minister said.

Shah also sought a united crackdown on 'terror havens' with economic sanctions above their geo-political interest, saying "some countries and their agencies have made terrorism a state policy".

"Some countries and their agencies have made 'Terrorism' a state policy, it is necessary to tighten all kinds of a crackdown on 'Terror Havens' with economic sanctions, all countries should think above their geo-political interest," the Home Minister said in a veiled reference to Pakistan.

He also said that "all the countries should identify institutions which radicalize the youth and take action against them", and suggested adopting the strategy of "Trace, Target, and Terminate for every level of economic crime".

Shah said he believes that to combat the financing of terrorism, "our approach must be based on five pillars.""The first pillar is to establish a comprehensive monitoring framework involving cooperation, coordination, and collaboration among all intelligence and investigative agencies. The second pillar, the strategy of "Trace, Target, and Terminate", to be adopted from low-level economic offenses to more organized economic crimes," the Home Minister said.

The third pillar, Shah said, is strengthening and harmonizing the legal structures related to terror finance.

"The fourth pillar, developing a robust mechanism against the misuse of Next Generation Technology. The fifth pillar is to strengthening the legal and regulatory framework for asset recovery."The Home Minister said that during deliberations, "India has sensed the need for permanency of this unique initiative of NMFT, in order to sustain the continued global focus on countering the financing of terrorism", and that "time is ripe for a permanent Secretariat to be established".

Referring to action taken against the Popular Front of India (PFI), Shah said: "Recently, the Government of India has banned an organization that conspired to radicalize the youth and push them towards terrorism.""I believe that every country should identify and take stringent action against such organisations.""We observe that some countries repeatedly support terrorists and those who harbour terrorism. I believe that terrorism has no international boundaries, so all countries should think beyond politics and cooperate with each other."In the fight against terrorism, the Home Minister sought support from all countries participated in the NMFT conference and said: "We to fight this war against terrorism and terrorist groups, in every geographical space, in every virtual space."The Home Minister said "we cannot think of a fear-free society, a fear-free world without an effective, long-term, concerted fight against all forms of terrorism".

The Home Minister urged international community to "continue to fight shoulder-to-shoulder against this increasingly complex and borderless threat" and noted that "no country or organization can successfully combat terrorism, alone".

He said terrorism has taken such a formidable form, that its effects are visible at every level.

"With India's policy of zero tolerance against terrorism, a strong framework of counter-terror laws, India has seen a significant reduction in incidences of terrorism and has succeeded in ensuring strict punishment in the cases of terrorism," he said.

Representatives from over 78 countries and multilateral organisations took part in the conference. (ANI)