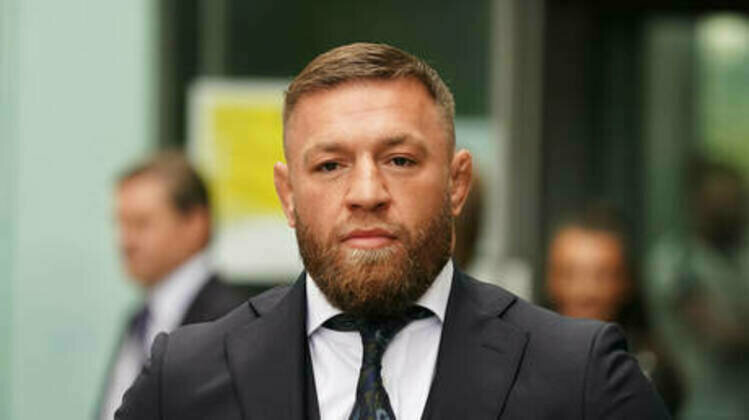 The legal dispute between UFC star Conor McGregor and his former close friend and training partner Artem Lobov took a twist on Tuesday as the Dubliner challenged him to a fight after revealing he had been hit by fresh legal proceedings by the Russian fighter.

In a string of Twitter posts, McGregor said Lobov had filed defamation proceedings against both McGregor and his father. It comes hot on the heels of a legal claim filed by Lobov last week, in which he is seeking 5% of the $600 million McGregor made by selling a majority stake in his Proper No. Twelve Irish whiskey brand to Proximo Spirits in 2021.

Lobov claims to have been instrumental in helping McGregor set up the business, and that a financial promise wasn't honored once the sale became official.

The retired Russian fighter also said in a recent interview with talkSPORT that he had turned down an offer of $1 million from McGregor for his assistance in the early stages of the business.

"Artem is trying to sue me and my father for defamation now as well," McGregor wrote on Twitter in a message which has since been deleted.

"Oh lord, god bless. Artem you look like an uncooked sausage of a thing. Jump on the pan for minute pal you look rough mate. God bless ya pal."

McGregor followed this with an audio message, in which he said: "This is a call out to Artem, the fanny, fairy pad, Lobov. I'm challenging you to a fight tonight, 10.30pm. I'll meet you down at SBG Concorde and we'll fight for the whole lot. Going through having lawyers message me about defamation and all this suing and all.

"You're a little blouse, mate. I'll see you SBG Concorde tonight at 10.30pm and I'll fight you for the whole lot. Answer this f**king call out, you little blouse."

The audio message was also subsequently deleted. Lobov did not reply publicly to McGregor.

The Russian, who has lived in Ireland for several years, has been a longtime training partner and confidant of McGregor. He was central to the feud between the Irishman and Khabib Nurmagomedov, with McGregor flying to New York to confront Khabib after a video clip emerged online in which he appeared to slap Lobov in a New York hotel.

McGregor was subsequently arrested by the New York Police Department for attacking a bus carrying Nurmagomedov and several other fighters in the parking garage at the Barclays Center in Brooklyn.

And while McGregor is looking to continue his war with Lobov in the cage, it seems this is a fight which will be settled only in an Irish court.