Iran Responds to EU, UK Sanctions With Some of Its Own 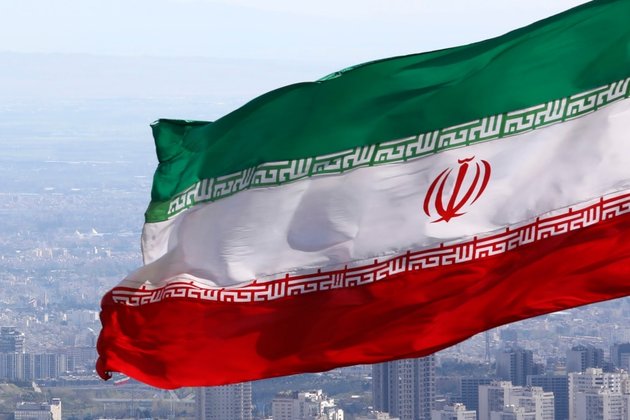 Tehran, Iran - Iran imposed sanctions Wednesday on 34 individuals and entities from the European Union and Britain in reaction to similar measures they have taken over Tehran's response to months-long protests.

Tehran's move comes two days after the EU and Britain placed another round of sanctions on the Islamic republic, which has been rocked by protests since the September 16 death of Mahsa Amini.

Amini, a 22-year-old Iranian Kurd, died in police custody after being arrested for allegedly breaching the country's strict dress code for women.

The sanctions imposed by Tehran include the blocking of accounts and transactions in Iran's banks and the 'prohibition of visa issuance and entry' to Iran, the foreign ministry said.

Iran accuses the people and organizations of 'supporting terrorism and terrorist groups, instigating and encouragement to terrorist acts and violence against Iranian people.'

It also accuses them of 'interference in the domestic affairs of the Islamic Republic of Iran and fomenting violence and unrest and dissemination of false information about Iran.'

The EU said 'these Iranian measures are purely politically motivated,' insisting the European sanctions were 'adopted on clear legal grounds.'

The Iranian sanctions include 25 listed names from the EU and nine from Britain.

France's Radio J, the European Friends of Israel group, and 22 individuals including six members of the European Parliament are among those targeted.

The list also includes the Swedish-Danish right-wing extremist Rasmus Paludan, who burned a copy of the Koran in Sweden on Saturday, sparking strong protests from the Muslim world.

The EU on Monday imposed its fourth round of sanctions against Iran since the protests started, placing 37 more officials and entities on an asset freeze and visa ban blacklist.

Britain on the same day sanctioned five more Iranian officials, broadening its blacklist to 50 individuals and organizations it considers to be involved in dealing with the protests.

Also targeted are three members of the French satirical magazine Charlie Hebdo, which as an entity was on a previous Iranian sanctions list for publishing caricatures of the supreme leader, Ayatollah Ali Khamenei.

In Britain, they include Victoria Prentis, the attorney general, army chief Patrick Sanders and the former Defense Secretary, Liam Fox.

The EU has imposed sanctions on more than 60 Iranian officials and entities over the crackdown on protesters, including the morality police, state media and individual commanders of the Islamic Revolutionary Guard Corps.

But the 27-nation bloc has so far stopped short of blacklisting the IRGC as a whole as a 'terrorist' organization, despite calls from Germany and the Netherlands to do so.

Iran has warned the bloc against sanctioning the Revolutionary Guards, and EU officials are wary it could forever end stalled talks they have been mediating on reviving a 2015 nuclear deal with Tehran.

The agreement gave Iran sanctions relief in exchange for curbs on its nuclear program to guarantee that Tehran could not develop or acquire a nuclear weapon, something it has always denied wanting to do.