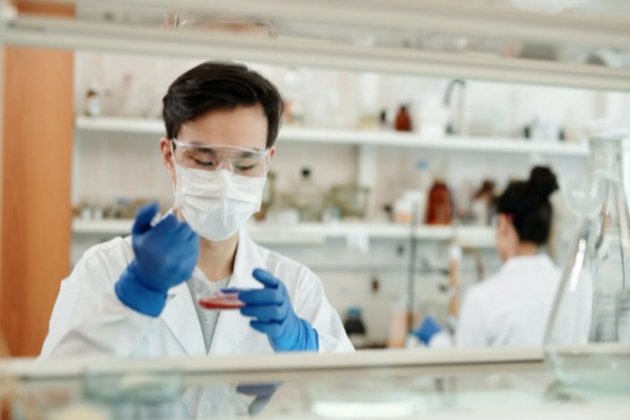 Washington [US], January 26 (ANI): Chemotherapy and pembrolizumab have been approved for the treatment of women with metastatic, recurring, or persistent cervical cancer whose tumours express PD-L1. Chemotherapy can be administered with or without bevacizumab. Whether pembrolizumab in this combination provides patients with an added benefit in contrast to other treatments has now been investigated by the German Institute for Quality and Efficiency in Healthcare (IQWiG) in an early benefit evaluation.

According to the findings, there is a hint of major added benefit for pembrolizumab when it is used as first-line therapy in patients who have not yet been treated with chemotherapy. The added benefit was shown in patients for whom chemotherapy with cisplatin or carboplatin - in each case plus paclitaxel with or without bevacizumab - has so far been the suitable therapy of physician's choice.

First early benefit assessment for the therapeutic indication of cervical cancerAccording to the Robert Koch Institute, around 4,575 women in Germany were diagnosed with cervical cancer in 2019. About 1,600 women die from this disease every year.

Pembrolizumab is a monoclonal antibody, which is used to treat many cancers. Since this year, it has also been approved for the treatment of women with recurrent or metastatic cervical cancer whose tumours express PD-L1 - in combination with chemotherapy with or without bevacizumab.

The Federal Joint Committee (G-BA) now commissioned IQWiG to conduct a dossier assessment of pembrolizumab for this therapeutic indication, specifying treatment of physician's choice as the appropriate comparator therapy. The G-BA distinguished between two options of use: for first-line therapy and after first-line chemotherapy, if further drug treatment of the cancer is an optionHint of major added benefit in first-line therapyIn its dossier on pembrolizumab for advanced cervical cancer, the drug manufacturer submitted data from the KEYNOTE-826 study - an ongoing, randomized, double-blind study. The comparator therapies investigated in the study include the main treatments that are an option for advanced cervical cancer that has not previously been treated with systemic chemotherapy, with the exception of chemotherapy used as a radiosensitizing agent.

The data allow the derivation of a hint of major added benefit in overall survival for women for whom one of these combinations is a suitable first-line therapy.

For other outcomes, there are both positive and negative effects: While general health status improved somewhat under pembrolizumab in women under 65 years of age, it worsened slightly in older women. Severe adverse side effects such as immune-related adverse effects (including in particular skin disorders) were more frequent under pembrolizumab than in the comparator group. In addition, more women discontinued therapy due to severe adverse effects. Overall, however, this does not call into question the major added benefit of the therapy. (ANI)